Most lenses and focusing or defocusing mirrors, as used in general optical instruments and in laser technology, have spherical optical surfaces – surfaces which have the shape of a sphere within some extended region. (They can be either convex or concave.) However, some optical elements are also available with non-spherical surfaces and are then called aspheric optics (or sometimes aspherical optics). They exhibit surface profiles which do not have a constant local radius of curvature – often with weaker curvature of parts which are more distant to the optical axis. In most cases, surface profiles are at least rotationally symmetric.

The purpose of using aspheric optics is usually to avoid spherical aberrations, as explained in more detail below.

Fabrication of Spherical and Aspherical Lenses

Various fabrication techniques for aspheric optics have been developed.

Therefore, more refined manufacturing methods are required to produce aspherical optics. There are adapted grinding processes, also diamond turning techniques, which can work without the mentioned full contact between the work tool and the processed sample. Some of them involve the use of computer-controlled machines (CNC, robotic manufacturing).

In some cases (particularly for polymer-based optical elements, plastic optics), one simply uses molding forms with appropriate shapes, which by their nature do not need to be spherical. Such injection molding and also compression molding processes can be used for cheap mass production, but usually do not with a particularly high optical quality. There are also glass molding techniques with subsequent annealing, leading to higher quality but at higher cost.

A substantial variety of manufacturing techniques for aspheric optics has been developed in the last couple of decades. Some of them can also be applied to different kinds of mirrors. Some methods are suitable for generating arbitrary freeform surfaces. The choice of fabrication method can depend on various aspects:

Spherical and Other Aberrations

The essential function of focusing or defocusing optical elements is to cause a radially varying optical phase change. For example, for simple focusing of a laser beam with originally flat wavefronts one would ideally apply a phase change which has a quadratic component with radius (but no higher-order terms); this kind of radial dependence is approximated by an optical element with spherical shape, as long as one stays close to the beam axis. For more extreme positions, so-called spherical aberrations become relevant – particularly for lenses with high numerical aperture. Similar effects occur in imaging applications.

Optical elements and systems also produce other kinds of optical aberrations such as astigmatism and coma, which can lead to non-ideal performance of focusing or imaging devices. There are sophisticated optical design principles which allow one to minimize different kinds of aberrations of optical systems, even when using only spherical optical elements. However, the number of required optical elements and consequently the number of involved optical surfaces may be substantially increased compare with what would be required just to obtain the basic optical function.

Traditionally, the exact shape of aspheric surfaces is described with the sag equation:

Here, z is the profile height as a function of the radial coordinate h (distance from the optical axis). K is the conic constant, which can be used to obtain certain typical shapes (which may be modified further with the additional terms):

Further modifications are possible with the coefficients K4 and higher; due to the high powers in h, they affect mostly the outer parts of the profile.

As aspheric optics allow one to avoid spherical and other aberrations in the first place, they can substantially simplify both the optical design process and the resulting optical designs. This can also lead to a more compact optical systems, which is particularly relevant e.g. for the design of mobile devices. For example, extremely compact camera objectives as required for smartphones must work with a minimum number of optical elements and therefore heavily depend on aspheric optics. The reduced number of optical surface may also be a relevant advantage. Besides, because of various complex trade-offs in optical design, by using aspheric elements one can often eliminate certain requirements and finally achieve overall better optical performance.

Other applications are in optical data storage, fiber optics (e.g. launching laser beams into fibers or fiber collimators) and optical space technology. Depending on the situation, the overall manufacturing cost may even be reduced, despite the higher cost of producing aspherical optical elements. For such reasons, modern software packages for optical design must have extended features concerning aspheric and general freeform optics. In fact, numerical methods are nowadays most often used for aspheric lens design.

A single aspheric surface in a system is often sufficient!

Note that it is usually neither necessary nor advisable to use aspheric optics throughout in a system. Instead, it is often sufficient to use a single aspheric surface to obtain good control of various types of aberrations. Such a surface may either be close to spherical, but with some specific deviations, or it may not have an own focusing function, only compensating aberrations introduced by other elements (correction plates).

Frequently, aspheric lenses are made as plano-convex or plano-concave elements, i.e., with one side being flat.

There are also lenses which are at the same time aspheric and achromatic. For example, one can combine a spherical glass lens with a aspheric polymer part. There are even hybrid aspheres, combining refractive and refractive properties.

In some cases, it is sufficient to use standard aspheric lenses or mirrors as are available from various manufacturers on stock. However, aspheric lenses have a number of additional parameters (see above), making it substantially more difficult to find the required combination of properties in stock lenses. Mostly, this is possible only for lenses which are optimized for standard optical tasks such as collimating a strongly focused beam. In other cases, custom optics have to be used.

Some computer-controlled fabrication techniques are well suited for making custom aspherics. In some cases, components which are normally used in spherical form are subject additional treatment where they are turned into aspherics.

Note that there are technical challenges not only concerning the fabrication of aspheric surfaces, but also concerning optical metrology. One needs to measure not only simple quantities like focal lengths (i.e., assess radius errors), but also additional parameters of the sag equation (see above). Both the surface accuracy and surface roughness are of interest; the former tells how well an optical service matches the designed shape over larger areas, while roughness is a phenomenon on smaller scales. Different methods are used for quantifying such inaccuracies of optical elements.

In many cases, refined types of interferometers in combination with suitable computer software are used for such purposes. They allow for the precise assessment of the highest surface accuracies, far below 1 μm or a small fraction of the optical wavelength. Another option is to use 2D or 3D optical profilometers. The latter of are quite flexible method, but usually substantially lower accuracies than interferometry.

The same issues with aberrations also occur for cylindrical optics, focusing only in one direction. Therefore, instead of true cylindrical lenses, for example, one often uses lenses with a slightly acylindrical surface.

The RP Photonics Buyer's Guide contains 85 suppliers for aspheric optics. Among them: 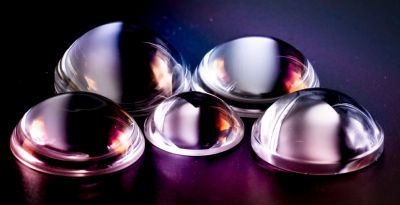 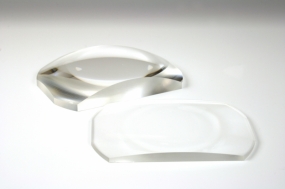 A cost-effective alternative to multi-lens systems, aspheric optics are commonly used to correct spherical aberrations that may hinder optical performance. Available from stock or as custom-made components, our wide range of high-quality aspheric optics include precision-grade, plastic, fire-polished and diamond-turned lenses. 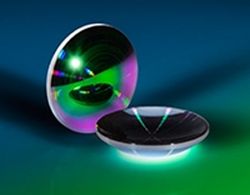 Ex-stock delivery of standard plano-convex aspherical lenses made of N-BK7 or high refractive index N-LAH64 glass. We can produce custom design aspheric lenses in our CNC lens polishing facility. Lenses can be supplied with anti-reflection coatings to suit your particular laser application. 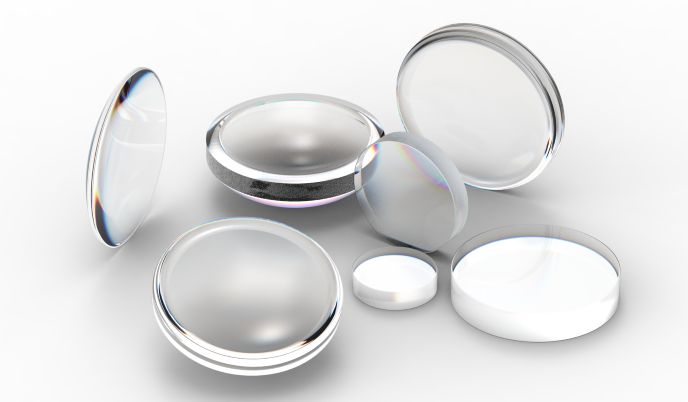