The purpose of a beam collimator is essentially to transform a strongly diverging light beam into a collimated beam, i.e., a beam where light propagates essentially only in one direction, and the beam divergence is weak. The output beam may have its focus close to the output aperture, or a mild focus somewhat away from it (see Fig. 1).

Essentially, a beam collimator contain some kind of focusing lens, or sometimes a curved mirror, and usually some opto-mechanics for stable mounting and possibly adjustment.

Typically, beam collimators are applied in conjunction with the following types of light sources:

In many cases, the collimation is done in both directions perpendicular to the beam, but there are also beam collimators working in one direction only – for example, fast axis collimators made as rod lenses, which are attached to certain laser diodes.

The requirements on a beam collimator can be very different, depending on the light source with which it is used:

The RP Photonics Buyer's Guide contains 57 suppliers for beam collimators. Among them: 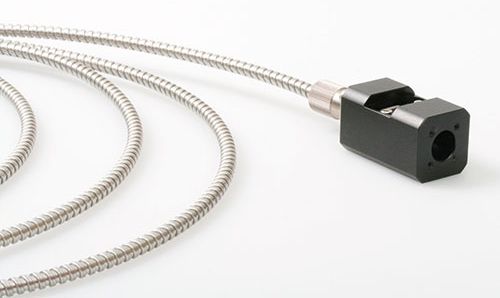 The FiberOut fiber collimator transforms the divergent beam emitted at the end of an optical fiber into a collimated one. It can be equipped with a variety of lenses, matching different fiber mode-field diameters and output beam sizes. The rugged, inexpensive collimator can be used for both FC/PC and FC/APC-type connectors. It can be easily mounted on post or into optical mounts (25 mm diameter). 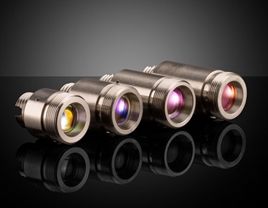 Edmund Optics offers a wide range of laser accessories, including different kinds of beam collimators and expanders. In particular, we have fiber-coupled collimators which are suitable for FC/PC, FC/APC and SMA connectors.

The Model 02-M010 is a three-element, air-spaced anastigmat designed specifically for collimating the output of large diameter silica fibers used in high power medical and industrial applications. It is equally suitable for collimating the output of Large Mode Area (LMA) or Photonic Crystal (PC) fibers with smaller numerical apertures. The mechanical assembly allows a precise translation of the lens (without rotation) relative to the fiber face.

The unique design of the Model 02-M010 prevents retroflections near the fiber face or within the core material. All elements are fused silica (the exception being the 1800–2000 nm collimator optics that are Infrasil) with either V-type or broadband coatings, depending on the operating wavelength range. When used for imaging purposes, the three-element design ensures the output mode from the fiber is preserved, without distortion, even at high throughput powers.