Ask RP Photonics for advice on what a beam shaper can do in your application.

In general, a beam shaper (or beam converter) is an optical device which somehow reshapes a light beam, i.e., it modifies its spatial profile. For example, there are refractive and microoptic beam shapers which create a flat-top (top-hat) beam from a Gaussian input beam.

Another kind of beam shaper is often used in conjunction with a high-power laser diode, for example with a diode bar, in order to make both its beam radius and beam quality more symmetric with respect to two orthogonal directions. This facilitates e.g. launching the beam into an optical fiber with a circular cross-section, or pumping a solid-state gain medium. A popular type of device, which is based on two highly reflective mirrors and largely preserves the brightness, is described in Ref. [2]. Other devices are based on micro-optical structures, for example containing arrays of small prisms, to perform a similar function with a smaller device. Originally, such brightness-preserving beam shapers were applied to diode bars, but they can equally well be used with diode stacks.

There are other devices performing essentially the same function with other means, e.g. with diffractive microoptics or with fiber bundles. In the latter case, the outputs of individual emitters of a diode bar are coupled into separate fibers of a bundle, which are arranged in a linear array on the side of the diode bar, but as a circular array on the output end.

Other beam shapers perform different functions. For example, there are devices for correcting the “smile” of diode bars [4].

Finally, there are beam homogenizers for making its intensity distribution more uniform.

The RP Photonics Buyer's Guide contains 25 suppliers for beam shapers. Among them: 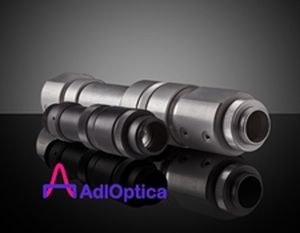 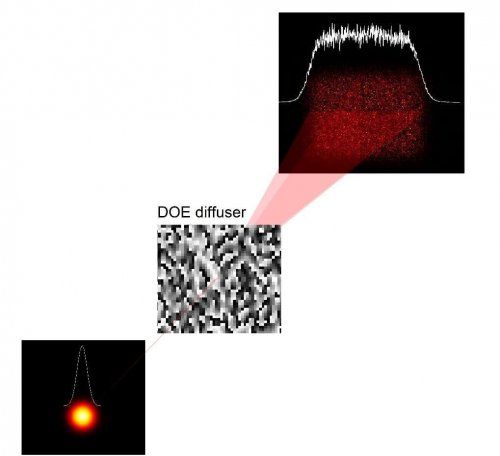 For DOE’s we routinely offer up to 16 levels and down to 250 nm feature size. Depending on the application more levels or smaller feature sizes can be obtained.

You can read more about our optical-applications at our website.