List of suppliers for
carrier--envelope offset measurement and stabilization

Ask RP Photonics for advice concerning the measurement of the carrier–envelope offset frequency, its effects in a particular situation, and on calculations.

CEO effects can be simulated numerically with the software RP Fiber Power. One could check, for example, how intensity noise is converted to CEO noise by the Kerr nonlinearity.

The time dependence of the electric field associated with a light pulse can be described as a fast sinusoidal oscillation, called the carrier, multiplied by a more slowly varying envelope function. When the pulse propagates through a medium, the relative position between the carrier wave and envelope will in general change due to chromatic dispersion, causing a difference between phase velocity and group velocity, and possibly also due to optical nonlinearities. The carrier–envelope offset phase (or absolute phase) of a pulse is defined as the difference between the optical phase of the carrier wave and the envelope position, the latter being converted to a phase value. Figure 1 shows pulses with different values of the carrier–envelope offset phase.

In a mode-locked laser, a pulse train is usually generated from a single pulse circulating in the laser resonator. Every time when this pulse hits the output coupler, an attenuated copy of it is emitted to the laser output. Typically, there is a certain change in the carrier–envelope offset phase in each round trip, which can be hundreds or thousands of radians. Therefore, each emitted pulse will have a different carrier–envelope phase. For the output pulse train, only the change in this phase value modulo 2 π is relevant. This can very sensitively depend on factors such as the laser power, resonator alignment, etc.

with integer values of the index j. This means that there is a so-called equidistant frequency comb, and all occurring optical frequencies are determined by the repetition frequency and the CEO frequency.

The carrier–envelope offset frequency is important in optical frequency metrology and also in high-intensity physics with few-cycle laser pulses, because it affects the oscillation pattern of the electric field and even the peak electric field strength.

The carrier envelope offset frequency can be detected e.g. with a so-called f−2f interferometer via a beat note between the higher-frequency end of the comb spectrum with the frequency-doubled lower-frequency end, if the optical spectrum covers an optical octave. (Such broad spectra can be achieved e.g. with supercontinuum generation in photonic crystal fibers, if the spectrum from the laser is not broad enough.) The article on frequency combs gives more details.

The CEO frequency of a laser can be influenced e.g. via the pump power, by slightly tilting a resonator mirror, or by inserting a glass wedge to a variable extent. (Various other control elements have also been developed.) The combination of detection and control of the CEO frequency allows the CEO frequency to be stabilized to a constant well-known value, so that all optical frequencies in the frequency comb are related to two RF or microwave frequencies [4]. Under such conditions, a laser is called CEO-stabilized or CEP-stabilized.

The RP Photonics Buyer's Guide contains 8 suppliers for carrier--envelope offset measurement and stabilization. Among them: 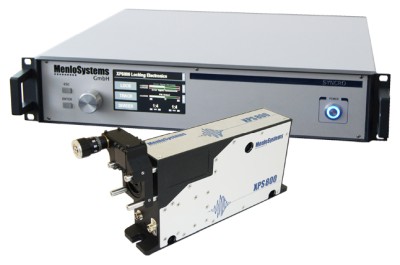 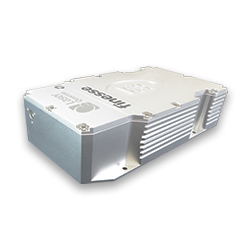 The CEP-tag system provides at single-shot measurements of the Carrier Envelope Phase (CEP) offset of amplified laser pulse. It is based on f–2f interferometry, where the second harmonic of the red edge of an octave-spanning spectrum is spectrally interfered with the blue edge. Detection is based on a photodiode array and the use of Field-Programmable Gate Array (FPGA) electronics enables us to determine the CEP at a rate of 100 kHz. 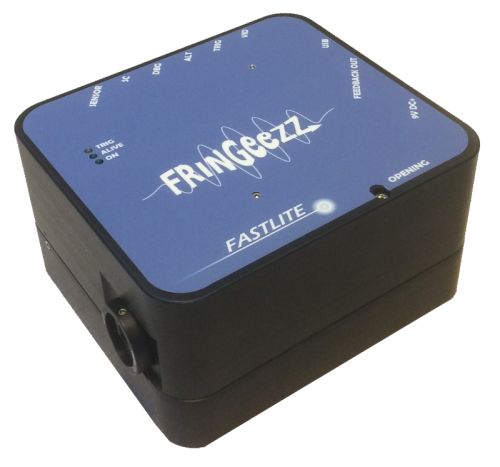 The combination of the Dazzler or high repetition rate Dazzler single-shot and dispersion-free CEP control, with the multi-kHz single-shot CEP detection of the Fringeezz allows to build high bandwidth carrier–envelope phase stabilization loops. The ultimate CEP control for Ti:sapphire amplifiers, OPCPAs or other CEP-compatible systems, as well as for high-stability interferometers. For amplifier CEP stabilization or phase-tagging, fast and single-shot measurement is mandatory. Placed after a f-to-2f setup, the Fringeezz can extract the CEP error for every shot, up to 10 kHz.

(More references can be found in the article on frequency combs.)

In case that you find it appropriate to create a link in Wikipedia, e.g. in the section "==External links==":