Diffractive optics is optics based on elements with operation principles which are essentially based on the phenomenon of diffraction of light. A very wide range of optical functions can be obtained with such devices.

The perhaps simplest example are diffraction gratings and similar devices were diffraction at certain periodic grating structures is exploited. However, the term diffractive optical elements is most frequently used in the context of micro-optic elements (see below). General attractions of micro-optic diffractive optics are the versatility for reaching a wide range of optical functions (partly with significant performance advances over other approaches) and the possibility to achieve that with very thin devices.

A typical aspect of diffractive optical elements is the wavelength dependence of their performance, since the optical wavelength influences differences in optical phase which are essential for diffraction effects. Particularly in applications involving lasers, that is often no problem, because the laser radiation is anyway restricted to a small optical bandwidth. More problematic is the fact that substantial optical power often remains in the zero diffraction order which is not usable for the application.

The following descriptions to explain the most important kinds of diffractive devices.

Periodic diffraction gratings can be fabricated with different means, for example as ruled gratings and with holographic methods. They are used for many applications, for example:

Besides surface gratings, there are also volume Bragg gratings, containing refractive index modulations within a medium.

See the article on diffraction gratings and volume Bragg gratings for more details.

Usually, micro-optic diffractive elements are made as thin plates imposing a certain spatial pattern of optical phase changes on an incident light beam, which is usually a laser beam. Some of them are binary elements, where only two different phase delays occur throughout the surface, while others have “analog” phase profiles, i.e., with (in principle) arbitrary phase variations. Although the height profile is usually subject to stringent limitations, quasi-continuous phase profiles with large phase variations may be realized using discrete height steps, the size of which is often the vacuum wavelength divided by the refractive index difference between the used material and the surrounding medium (e.g. air). (Step sizes increased by an integer factor are also sometimes used.) That principle works well only with quasi-monochromatic light, of course.

There are microoptic devices which are designed such that a certain diffraction pattern with a well defined distribution of optical powers in the different spots is obtained. Such devices may be used as diffractive beam splitters with multiple (sometimes many) outputs, or in reverse as beam combiners, e.g. for coherent beam combining of high-power lasers. The generated array of spots may e.g. be rectangular, with vanishing diffraction into orders beyond a certain value. More complicated structures can create arbitrary illumination patters when being illuminated homogeneously.

Besides, there are diffractive lenses, which can well focus beams at least in some narrow wavelength range, while requiring much less space than a traditional lens. Surprisingly, it is even possible to make diffractive achromat lenses with computationally optimized structures.

Corrector plates for the correction of wavefront deformations may be produced with similar means. Their operation principle may or may not involve diffraction.

In principle, microlenses can work based on the same refractive principle like ordinary (larger) lenses. However, diffraction effects easily becomes important for elements of such small dimensions, and in fact one often exploits such effects in devices containing microlenses. For example, they are used in different kinds of diffractive beam homogenizers. Such devices may also contain pseudo-random diffractive diffusers, which can also be seen as holographic diffusers.

A wide range of fabrication techniques has been developed for diffractive optical elements. Some of them can produce only binary structures, while others can also produce analog profiles. For example, there are computer-controlled laser writing technologies, which allow manufacturers to supply devices with custom designs even when production volumes are not very large. In other cases, computer-generated holograms are used. Besides, traditional lithographic methods like photolithography can be employed.

The RP Photonics Buyer's Guide contains 35 suppliers for diffractive optics. Among them: 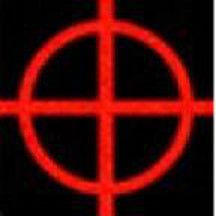 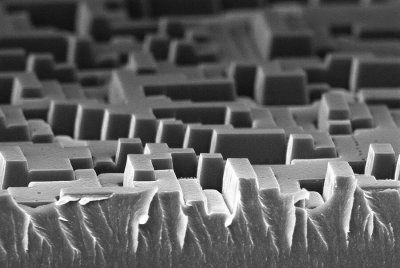 NIL Technology offers you diffractive optical elements that are customized to your specific needs. This enables you to efficiently shape light and to improve the overall performance and flexibility of your products.

For diffractive optics, we routinely offer up to 16 levels and down to 250 nm feature size. Depending on the application more levels or smaller feature sizes can be obtained.