A variant is an optical circulator, having at least three optical ports. Light injected into port 1 will exit at port 2, while input at port 2 will be sent to port 3, and input at port 3 to port 1.

The simplest type of Faraday isolator is polarization-sensitive in the sense that it works only when the input beam has a prescribed direction of linear polarization. Here, a properly polarized and collimated input beam passes a first polarizer (pol 1 in Figure 1) with minimum loss, then a 45° Faraday rotator, and finally another polarizer (pol 2) with its transmitting axis being rotated by 45°, such that the transmission losses are small.

Note that the output polarizer (pol 2) is important if light may be reflected back with a modified polarization state.

If the rotation angle of the Faraday rotator somewhat deviates from 45° (either due to fabrication errors or due to operation away from the design wavelength), the orientation of the output polarizer may still be adjusted for maximum transmission, but in that case the degree of isolation is reduced. It may be better to optimize that polarizer's orientation for maximum isolation, while accepting a somewhat higher insertion loss in forward direction.

The basic principle of a polarization-insensitive isolator is to first spatially separate the orthogonal polarization components of the input beam with some kind of polarizer, then send both through a Faraday rotator, and combine them again in the second polarizer.

A type of device as frequently used in fiber optics is shown in Figure 3. Here, the polarizers are birefringent wedges, made e.g. of rutile (TiO2). Backward-propagating light of any polarization direction can be transmitted, but will appear with an offset beam position (Figure 3, bottom), and will thus not be launched back into the input fiber. Such devices can be fitted into rather compact packages, as shown in Figure 4.

Note that a polarization-insensitive isolator will in general not preserve the polarization state (or simply rotate it), since there is an arbitrary relative phase change between the two polarization components. That phase change depends on temperature and wavelength.

Insertion Loss and Degree of Isolation

For many applications, a low insertion loss, i.e., a low loss for forward-propagation light, is essential. The insertion loss is determined by several factors: the type and quality of the polarizers used, residual reflection losses on anti-reflection coatings, and the precision and uniformity with which a 45° rotation angle is obtained in the rotator.

Another important performance figure of an optical isolator is the degree of isolation, i.e., the attenuation achieved for back-reflected light, also called return loss. Typical Faraday isolators achieve a return loss of the order of 30 to 40 dB. A high degree of isolation is generally more difficult to achieve for high-power devices, where the beam in the Faraday medium covers are larger area and is thus more sensitive to field inhomogeneities. The quality and alignment of the polarizers used is also important. A lower degree of isolation may result from operation at a non-optimized wavelength, from improper alignment or large divergence of the input, or from thermal effects when the isolator is operated with a high optical average power.

If the return loss achievable with a single isolator is insufficient, a combination of two (or even more) isolators may be used. There are devices available where two isolators are packaged into one housing (double-stage isolators). Such a combination may also be used to widen the optical bandwidth with sufficient isolation.

Some “tunable” isolators allow the user to adjust the angular orientation of the polarizers, and thus to optimize the isolation for different wavelengths. In that way, a single device may be used to cover a broad wavelength region, e.g. from 500 nm to 750 nm, limited only by the bandwidth of the anti-reflection coatings. For optimizing the bandwidth of a fixed setting (as required e.g. for use with a tunable titanium–sapphire laser), one requires a Faraday rotator based on a medium with a low relative wavelength dependence of the Verdet constant.

In some cases, a sufficiently high degree of isolation (e.g. 60 dB) can be achieved only with a dual-stage isolator. Essentially, this means that one uses two Faraday isolators in sequence; of course, only a single polarizer is needed between the two rotators.

The two isolators may either rotate the polarization in the same direction, resulting in a total rotation angle of 90°, or they rotate in opposite directions, generating no net rotation.

The insertion loss will typically be somewhat higher with a dual-stage device.

For operation of an isolator at very high optical power levels, various effects have to be considered:

Of course, not only the Faraday rotator, but also the polarizers have to be suitable for high-power operation.

Commercially available high-power Faraday isolators can handle optical average powers up to the order of 100 W with not too strong beam distortions. Particularly some applications in combination with high-power fiber lasers and amplifiers demand higher powers, and more advanced devices for powers of the order of 1 kW appear are being developed. For fiber-coupled devices, the power levels are more limited, usually to well below 100 W.

It is possible to fabricate optical fibers from glasses with a high Verdet constant [1, 4, 9]. With such fibers, one can make entirely fiber-based (not only fiber-coupled) Faraday isolators. Although the performance achieved so far with that method does not reach that of bulk devices, this development may be useful for future fiber laser sources.

Faraday isolators and circulators find many applications in laser technology:

There are also various applications of pure Faraday rotators, not functioning as isolators.

The RP Photonics Buyer's Guide contains 65 suppliers for Faraday isolators. Among them: 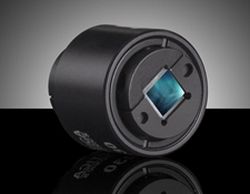 Edmund Optics free-space optical isolators incorporate a Faraday rotator and are specifically designed and manufactured to provide superior performance with high isolation, transmission, and power densities. Each option effectively reduces feedback in the external cavity of diode laser systems and blocks reflections from free-space fiber coupling. These isolators enable state of the art protection for the most stable lasers in the world and are ideal for demanding laser applications. 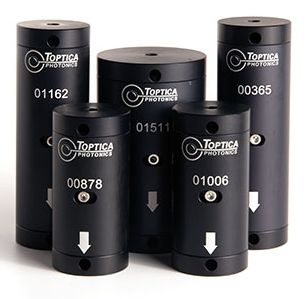 TOPTICA’s optical isolators provide market-leading performance spanning the UV out to the NIR. Use the same isolators that make TOPTICA lasers the best in the world!