The software RP Coating can be used for calculating the dispersive properties of GTIs – monolithic devices as well as air-spaced ones.

Ask RP Photonics for advice on how to design a Gires–Tournois interferometer or a different kind of dispersion-compensating device.

A Gires–Tournois interferometer is an optical standing-wave resonator similar to Fabry–Pérot interferometer, which however is operated in reflection and designed for generating chromatic dispersion. The front mirror is partially reflective, whereas the back mirror has a high reflectivity. If no losses occur in the resonator, the power reflectance is unity at all wavelengths, but the phase of the reflected light is frequency-dependent due to the resonance effect, causing chromatic dispersion. The phase change of reflected light and the dispersion (including group delay dispersion and higher-order dispersion) change periodically with the optical frequency, if material dispersion is negligible. There is no second-order dispersion exactly on-resonance or anti-resonance, and positive or negative dispersion between these points.

Ideally, a GTI is operated near a maximum or minimum of the GDD, and the usable bandwidth is some fraction (e.g. one-tenth) of the free spectral range, which is inversely proportional to the resonator length. In the time domain, an optical bandwidth well below the free spectral range implies that the pulse duration needs to be well above the round-trip time of the GTI. The maximum magnitude of GDD scales with the square of the resonator length.

Tunable dispersion can be obtained with a variable air gap between the mirrors, which however must be carefully stabilized to avoid unwanted drifts. More stable but in general not tunable GDD can be generated with monolithic designs, based e.g. on thin films of dielectric media such as TiO2 and SiO2, particularly for use in femtosecond lasers.

The main drawbacks of the GTI are the fundamentally limited bandwidth (proportional to the square root of the given magnitude of GDD) and the limited amount of control of higher-order dispersion. Dispersive mirrors with significantly broader optical bandwidth can be designed as chirped mirrors.

The RP Photonics Buyer's Guide contains 3 suppliers for Gires--Tournois interferometers. Among them: 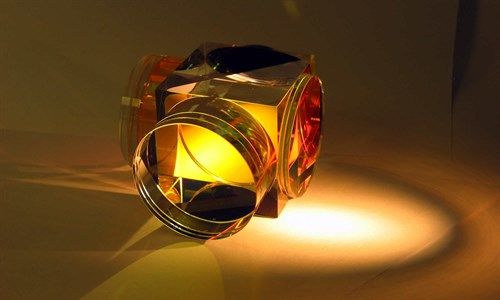 LightMachinery has a great breadth of expertise for manufacturing even space qualified interferometers, including Gires–Tournois interferomters.