Laser diodes are often used in the form of laser diode modules, i.e. packages which contain one or several laser diodes, in most cases combined with some optics and electronics. Such modules are much easier to use than plain laser diodes, as they serve a number of functions:

There are also laser pointers, which can be considered as laser diode modules with integrated batteries, normally used as hand-held devices.

The RP Photonics Buyer's Guide contains 89 suppliers for laser diode modules. Among them:

RPMC Lasers offers one of the widest wavelength selections of laser diode modules available ranging from the UV through the IR. Our multimode and single mode diode laser modules are available in both fiber-coupled and free space configurations in both OEM and turnkey packages. 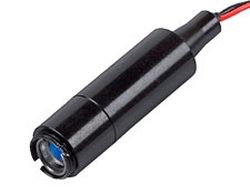 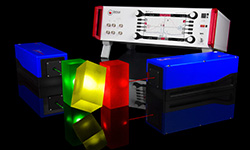