The term speckle refers to a random granular pattern which can be observed e.g. when a highly coherent light beam (e.g. from a laser) is diffusely reflected at a surface with a complicated (rough) structure, such as a piece of paper, white paint, a display screen, or a metallic surface. This phenomenon results from the interference of different reflected portions of the incident beam with random relative optical phases. Even minor changes of the conditions, such as of the illuminated spot or the direction of the incident laser beam, can change the detailed shape of a speckle pattern.

Speckle patterns can severely degrade the image quality of laser projection displays, or disturb position measurements with laser pointers. Speckle can often be avoided, e.g. by using a light source with sufficiently large optical bandwidth (short coherence length) such as a superluminescent source. (How much bandwidth is required for that purpose depends on the situation.) For projection displays, one may also work with an optimized screen. However, there are also applications of speckle, e.g. in speckle interferometry.

The complicated intensity patterns observed at the ends of multimode fibers are also sometimes called speckle. They result from the interference of many propagation modes, where the relative phases depend on the detailed launching conditions. 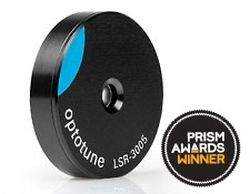 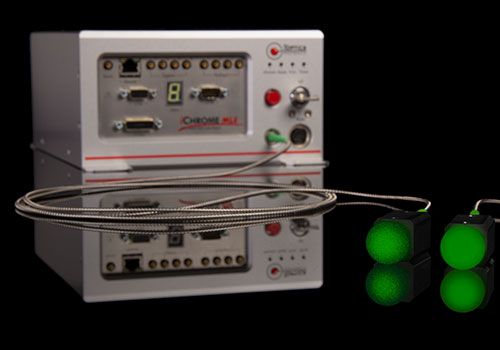 TOPTICA's SKILL function reduces speckle in single-mode diode lasers. By decreasing the longitudinal coherence lengths of the emitted light, the speckle generating mutual interference of wavefronts is also reduced. Thus annoying speckle noise on detectors and imaging systems can be lowered to a minimum.