LIDAR was originally understood as laser radar, but is nowadays taken as an acronym meaning light detection and ranging, which is somewhat more general. It can be used for the creation of three-dimensional images based on distance measurements, e.g. with the time-of-flight method. In other cases, one measures other quantities such as the concentration of substances in air or wind velocities.

The capitalization of the term LIDAR is not consistent in the literature. Many authors simply write lidar (just like radar), although for acronyms full capitalization is more common.

The fundamental operation principle of time-of-flight LIDAR is based on the following two ideas:

For time-of-flight LIDAR, one obviously requires a laser source emitting short pulses, often with pulse durations of the order of a few nanoseconds or sometimes <1 ns. The pulse energy must be high enough to provide sufficiently intense return signals; it may be limited by eye safety considerations (see below). Detailed spectral properties of the sent-out light are usually not important.

The used photodetector for such a LIDAR receiver usually must be highly sensitive and at the same time very fast. For example, one may use a Geiger-mode avalanche photodiode, or sometimes a whole focal plane array of such detectors, with which in principle one could record a whole two-dimensional image with one laser shot (flash LIDAR); however, one often needs to average such images over some substantial number of shots.

Coherent LIDAR is based on optical heterodyne detection. Here, the weak returned light is mixed with a “local oscillator” based on light from the laser used for sending out light. The heterodyne principle can greatly improve the sensitivity, so that relatively common photodiodes are sufficient for achieving a larger detection range than a direct detection LIDAR.

The sent-out light is frequently a single-frequency signal with a linear up-chirp during some time interval. Since the frequency difference between the returning light and the light emitted at the same time grows with the propagation time, a measurement of the beat note frequency allows one to measure the distance from which the reflection originated – without using short laser pulses. Of course, the instantaneous frequency of the laser light cannot grow forever, but needs to be regularly reset. A range ambiguity results which depends on the frequency sweep period. A low period of range ambiguity may be achieved with a slow sweep, which however may reduce the range accuracy. A coherent LIDAR the wires they alternatively use different sweep periods for obtaining the combination of best range accuracy with low ambiguity.

The recorded beat frequency is also modified by longitudinal motion of the target, or more precisely the relative velocity between LIDAR device and detected object. Devices which utilize the Doppler effect for velocity measurements are called coherent Doppler LIDAR.

Due to the principle of optical heterodyne detection, coherent LIDAR can be substantially more sensitive and can therefore offer a larger measurement range and/or enable the use of lower laser powers. Particularly when using semiconductor lasers, the much lower required peak power is advantageous. On the other hand, there is the requirement of carefully controlled single-frequency sweeps; in that respect, the demands on the laser are higher.

For coherent LIDAR, one usually uses a single detector in conjunction with a scanning apparatus for the transverse direction. Using a focal plane array for collecting 3D information more directly is difficult, because for each pixel one would require an AC amplifier and detection electronics, unless one would operate only one pixel at a time.

In addition, the following aspects may be relevant for applications:

In some cases, data acquired with LIDAR are complemented with data from other sources such as color cameras and radar.

LIDAR can be seen as a whole class of methods for remote sensing; see below for concrete applications.

LIDAR apparatuses can operate in different spectral regions between the infrared and the ultraviolet. The used optical wavelength can have various implications:

Some LIDAR apparatuses use laser light at different wavelengths – for example, 1064 nm, 532 nm and 355 nm, as obtained from a Q-switched YAG laser with frequency doubling and frequency tripling. They may then apply different kinds of detection:

Because so different operation principles can be used, and this under very different circumstances (see below for typical applications), the technical details of LIDAR apparatuses vary substantially.

Laser and Photonics Technology for LIDAR

Different kinds of laser sources are used for LIDAR, because not only basic properties like pulse energy, pulse duration and optical wavelength may be relevant. For example, for coherent LIDAR one usually requires frequency-swept single-frequency lasers, and for some applications one requires a tunable laser; one such constraint alone can easily force one to use a different kind of laser technology. For incoherent time-of-flight LIDAR, one also uses specialized optimized pulsed high-power laser diodes, producing e.g. infrared pulses with peak powers of hundreds of watts (when driven with intense current pulses) and pulse durations of the order of 10 ns.

For some LIDAR applications, one does not directly use a laser, but instead an optical parametric oscillator which is pumped with a Q-switched laser.

For directing the laser light and also for collecting the returned light, one generally requires an optical telescope, or possibly two separate telescopes.

LIDAR detectors need to be both sensitive and fast.

Typically, one also needs photodetectors which are highly sensitive (for a sufficiently high signal-to-noise ratio) and at the same time rather fast. In some cases, photon counting with photomultipliers or avalanche photodiodes is needed, while in other cases sensitive photodiodes are sufficient. For optical heterodyne detection, the returning light needs to be superimposed with a local oscillator signal from the laser.

Is LIDAR competitive for autonomous vehicles?

Laser safety issues can be severely limiting factors for certain applications, such as autonomous cars. Cost constraints may inhibit the use of eye-safe lasers and corresponding photodetectors. The resulting severe limitations of applicable laser intensities can then seriously limit the possible performance.

On airplanes and satellites, laser safety is much less of an issue. One may, for example, automatically deactivate the LIDAR apparatus on an airplane for low flight altitudes, thus ensuring that no person can be close enough to be endangered.

The RP Photonics Buyer's Guide contains 22 suppliers for LIDAR equipment. Among them: 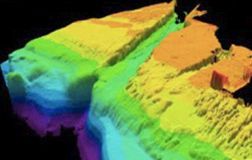 RPMC Lasers offers a wide range of pulsed and CW lasers for LIDAR applications. This includes single frequency CW fiber lasers at 1.5 microns are ideal for Doppler LIDAR and Q-switched lasers are for time-of-flight LIDAR. 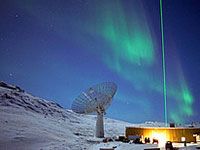 TOPTICA’s added value for LIDAR systems is in providing best cw seeding lasers and external references. With their extremely narrow linewidth, high frequency stability and unmatched wavelength availability, TOPTICA's scientific lasers are ideal seeders for the high power pulsed lasers employed for LIDAR. Fiber coupling with the ultrastable FiberDock allows for straight forward implementation of our lasers. We also offer the most accurate and most stable wavelength meters, Fabry–Perot interferometers (FPI 100) and spectroscopy cells or spectroscopy modules as well as electronic locking modules which are needed to stabilize a cw diode laser to an external reference.

Because of the challenges which the coronavirus crisis currently creates for many companies, we offer a special rebate for advertisers:

Let us continue to work together cooperatively in order to get through this crisis.

See also our article:
Photonics Marketing in Times of the Corona­virus Crisis