Industrial lasers are not necessarily sold as complete laser systems, but often in the form of OEM laser modules. That means that an original equipment manufacturer (OEM) supplies lasers to one or more other manufacturers who integrate them into larger machines, for example for laser material processing. Each company can then concentrate on its own areas of responsibility, without a necessity to completely understand the whole system. In particular, it should normally not be necessary that the integrator understands the details of the inner workings of an OEM module.

OEM laser modules can contain laser diodes, lamp-pumped lasers, diode-pumped solid-state lasers, gas lasers or (less frequently) other types of lasers. Additional optical elements for beam shaping and possibly for nonlinear frequency conversion may be included in the housing. For example, there are green laser modules, generating laser beams at the common 532-nm wavelength (frequency-doubled Nd:YAG). The light output may be provided as a free-space laser beam alternatively through an optical fiber.

Often, but not always, an OEM laser has its own complete enclosure, even if the device is to be integrated in a larger product with an own closed housing. That further supports the separation of responsibilities between laser manufacturer and system integrator.

Well defined optical and electronic interfaces are required for easy integration of lasers into larger systems.

The requirements on OEM lasers are basically the same as for other lasers. However, optical, mechanical and electronic interfaces should be particularly carefully designed for easy integration into a larger system. For example, it needs to be defined what are the spatial properties of the generated laser beam (focus position, beam radius, beam quality), what electrical voltage and power requirements the laser has, how exactly laser pulses can be triggered, and how the module is supposed to be fixed on a base plate. There may be further details concerning the dissipation of waste heat – for example, the allowed temperature of the base plate and the maximum dissipated power.

A OEM laser is often not powered directly by the electrical grid, but is provided with one or more lower stabilized voltages from the power supply of the full system. Ideally, only a single voltage at a standard voltage level is required, and the module contains protective electronics to make the model robust against voltage spikes and drifts.

An OEM laser should after its production not require special alignment procedures, for example, since one prefers to avoid that the integrator has to deal with such issues.

Compatibility of Models from Different Suppliers

A system integrator often prefers to have at least two different suppliers (manufacturers) for certain laser modules in order to avoid a too strong dependence on a single supplier and its reliability. Of course, this requires again that the optical, mechanical and electronic interfaces are well defined and that they agree between the different manufacturers. Otherwise, the system may have to be modified when integrating a different kind of module. Best compatibility is often achieved for fiber-coupled modules.

The RP Photonics Buyer's Guide contains 15 suppliers for OEM laser modules. Among them: 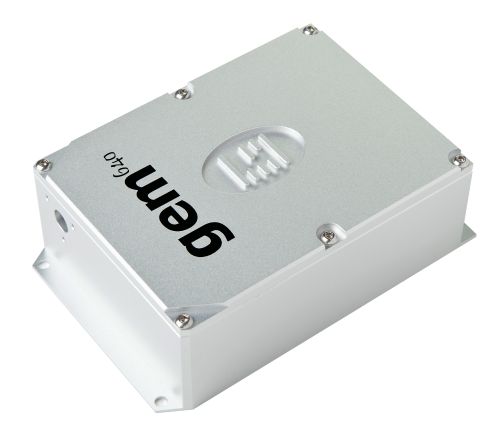 The Laser Quantum gem family offers multiple wavelengths: 473, 532, 561 and 640 nm, amongst others, to excite a variety of fluorophores. It features high output power, M2 close to unity and supports direct fibre coupling solutions.

The opus, available in 532, 660 and 1064 nm, with its rugged, patented design, is characterised by its high power and compact size. It is suitable for military-graded applications and also ideal in the fields of biomedicine, super-resolution microscopy and Ti:sapphire pumping.

The axiom laser family has a new integrated water cooling architecture for high CW power. With a 660 and 532 nm version, the axiom lends itself to easy integration into equipment due to its ultra-compact power supply unit, without the complexities associated with fibre delivery.

The torus family contains single longitudinal mode lasers with bandwidths below 1 MHz. These are ideal for applications such as high resolution Raman spectroscopy, holography and interferometry that benefit from the long coherence length. The torus also supports TruLoQ™ active mode locking technology. It offers a narrow linewidth, avoiding mode drift and mode hops.

See also: lasers, industrial lasers
and other articles in the category lasers

In case that you find it appropriate to create a link in Wikipedia, e.g. in the section "==External links==":