Optical tweezers belong to the most common tools for optical manipulation. As early as 1970, it was demonstrated that laser beams can be used to trap and move small particles, e.g. micron-sized latex spheres in water. This is possible due to various kinds of light forces. In the mid-1980s, Arthur Ashkin at AT&T Bell Laboratories greatly pushed and refined this technology, trapping single atoms and later individual viruses and Escherichia coli bacteria with a laser beam, which was tightly focused to a small spot with a microscope objective. It was shown that bacteria can stay alive for long times and even multiply while being trapped by optical tweezers, provided that a suitable (mid-infrared) laser wavelength is chosen (where little light is absorbed).

The forces exerted by optical tweezers e.g. on a bacterium are small in absolute terms – usually not more than a few piconewtons – but still large enough to prevent a bacterium from escaping and to pull it through water at a relatively high speed.

Optical tweezers can also be used as an optical levitation trap, where a small particle is suspended in air, and gravity is compensated by the light forces. Smaller forces are required for particles in a liquid. This has been shown to work even with a supercontinuum source [4], which at the same time makes it possible to carry out spectroscopic investigations of the captured particle.

As the given examples illustrate, the main application of optical tweezers is in microbiology. They can be used to manipulate single cells, e.g. bacteria, blood cells, or sperm (optically assisted in vitro fertilization), and for experiments on single molecules, e.g. DNA.

Note that there are also various other kinds of optical traps, which are applied to atoms or molecules. These partly also involve lasers, apart from electric and magnetic fields.

In October 2018, the Nobel Prize in physics has been awarded with one half to Arthur Ashkin for his work on optical tweezers, and the other half jointly to Gérard Mourou and Donna Strickland for their work on chirped-pulse amplification.

The RP Photonics Buyer's Guide contains 11 suppliers for optical tweezers. Among them: 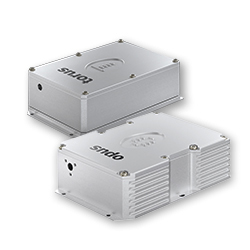 See also: light forces, laser applications
and other articles in the category methods