Most optical windows are made in the form of flat plates of a transparent medium (e.g. glass, crystal or polymer). They are often used for isolating optical systems or components against detrimental influences from the environment. For example, most photodiodes and other kinds of photodetectors often contain an optical window above their light-sensitive area to protect it against dirt, corrosive influences and mechanical damage. Similarly, housings of lasers are often protected with optical windows in order to keep the housing free of any dust.

In some cases, for example for the active tubes of gas lasers like helium–neon lasers, there are optical windows separating the inside low-pressure gas volume from the outside atmosphere. Similarly, windows are needed for multipass gas cells as used in spectroscopy. If such windows are not rigidly connected, one may require some suitable type of seals to get a housing reliably air-tight. There are special vacuum windows built into vacuum viewports, coming together with suitable seals and mounting parts.

There are also strongly curved optical windows, which are called optical domes.

Common optical materials used for optical windows are glasses like fused silica and BK7 for visible or near-infrared light. For infrared optics at longer wavelengths, one also uses various types of crystalline materials such as calcium fluoride, zinc selenide, silicon and germanium. Particularly for low-cost mass applications, some polymer materials are also often used, e.g. PMMA acrylic. They may be equipped with anti-scratch coatings for making them more resistant.

In some cases, an optical element such as a lens or a mirror can at the same time fulfill the function of an optical window, so that no separate part is required for that. Note, however, that a separate optical window may be advantageous in rough environments, since it is both easier and cheaper to exchange it, compared with exchanging a high quality optical element.

Usually, it is important to avoid significant losses of optical radiation going through an optical window. Such losses can occur due to different effects:

Note that the power losses at an optical window can be polarization-dependent, if the incidence of light is far from normal incidence. An extreme case is that of a Brewster plate, where the angle of incident needs to be at Brewster's angle, so that the reflection losses are very small for p polarization (without using a coating), but rather high for s polarization. Such windows are called Brewster windows. They are often used for the tubes of gas lasers, for example.

It has already been mentioned above that beam distortions (wavefront errors) may be caused by optical windows of insufficient quality. That may also lead to a loss of beam quality of laser beams, or image distortions in viewing devices and cameras.

The surface quality is of high importance for some applications.

The surface quality of optical windows is often quantified with scratch–dig values according to the U.S. standard MIL-PRF-13830B, or alternatively in a more rigorous fashion based on ISO 10110-7. In addition, there are certain tolerances for surface flatness and irregularity. The article on laser mirrors, where surface quality is of particularly vital importance, contains some more details on such issues.

Besides deficiencies of the material itself, there can be inhomogeneities induced by mechanical stress. Therefore, optical windows should be mounted such that stress effects are avoided.

A good surface quality should not only be achieved in production, but also be maintained by carefully transporting and mounting optical windows, and by avoiding adverse effects during operation. For example, the performance can be degraded by fingerprints (when touching surfaces), deposited dust and dirt, or by scratching the surface when touching them with hard parts. In applications involving intense laser pulses, e.g. from Q-switched lasers, dust and other dirt may be burned into a surface, making it difficult afterwards to remove it.

Cleaning optical parts can help, but only when applying appropriate techniques.

Some kinds of dirt can be removed from optical windows with appropriate cleaning procedures. For example, one may use a soft cleaning tissue and a few droplets of a suitable solvent (e.g. cleaning alcohol or acetone) to wipe the surface if it is well accessible. One should avoid wiping back and forth, only distributing dirt; instead, one should systematically wipe in one direction, getting any dirt outside the sensitive area. At the same time, care must be taken not to damage optical surfaces e.g. by touching them with any hard tools.

For applications in rough environments, one may use special holders which facilitate the quick exchange of damaged optical windows. For example, some windows are used as debris shields in laser material processing, and may have to be exchanged regularly. They are also called sacrificial windows. One may also try to protect windows to some extent e.g. with hard tube structures.

Changes of Beam Position or Direction

Most optical windows are parallel windows, having quite precisely parallel surfaces. The parallelism is often quantified, e.g. as <1 arcsec. With parallel faces, there is no change of beam direction, but only a slight beam position offset, dependent on the angle of incidence and the thickness; there is then often no need for precise alignment of the window.

There are also wedged windows, having a well defined angle between their surfaces. This is sometimes required for avoiding interference effects between the parasitic reflections from the two surfaces. Note that in this case there is some level of beam deflection, dependent on the orientation of the window. See also the article on wedge prisms.

For applications with very high optical powers, e.g. in laser material processing, even some small residual absorption in an optical window may cause some level of thermal lensing. (A small amount of dirt on a surface can of course strongly increase the strength of heating and its consequences.) Such thermal effects can depend on multiple properties of the material, in particular on the absorption coefficient, the thermal conductivity, the temperature dependence of the refractive index and photoelastic coefficients. Special high-quality materials may have to be chosen for such applications.

Various other detailed properties of optical windows may be relevant for applications. Some examples for such properties:

Some suppliers offer custom windows with special specifications, often for special application areas such as aerospace and military.

The RP Photonics Buyer's Guide contains 141 suppliers for optical windows. Among them: 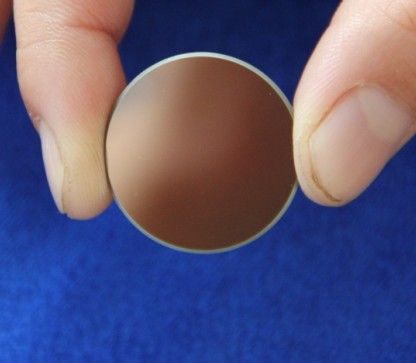 We supply UV-VIS-IR windows made in CaF2, BaF2, MgF2, Si, Ge, ZnSe, BK7, UVFS, sapphire, pyrex, borofloat, etc. These material can be coated or uncoated with sizes from 3 mm to 350 mm. 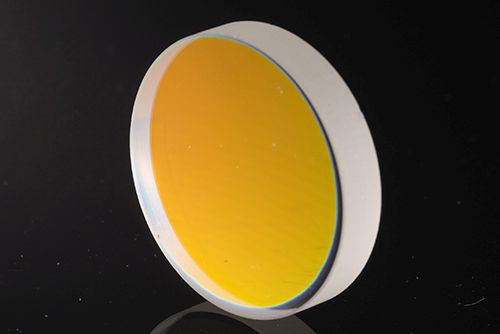 Shanghai Optics Inc state of the art factory is able to manufacture both large optical windows and micro windows for nano-sized optical assemblies. A wide variety of optical substrates are available to choose from, and since production is carried on in-house our design team, will be able to match your exact specifications when carrying out your order. 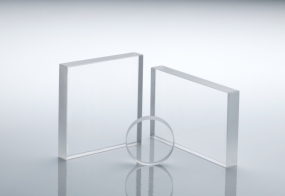 Our window substrate offering ranges from optical domes, plastic, precision grade N-BK7 (or equivalent), borosilicate (or equivalent) and float glass windows to B270 (or equivalent), quartz, UV fused silica and IR quartz, white float and toughened windows; as well as light guides. Dependent on material, Knight Optical's windows can be supplied from a vast range of stock or as custom-made optics. 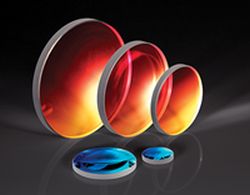 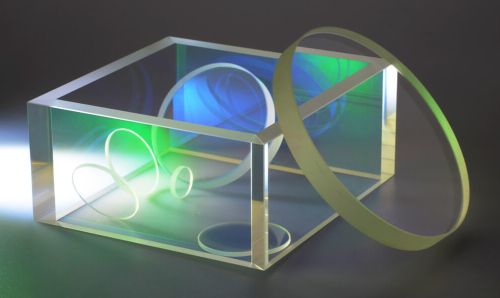 Artifex Engineering offers custom optical windows in almost any shape and design, including cut-outs and drillings. A wide range of optical substrates are available including N-BK7, fused silica, sapphire, Ge, ZnSe and more. AR coatings are generally applied to both surfaces of a window. In addition, Artifex offers custom coatings such as diamond-like carbon (DLC) coatings for the infrared (germanium, silicon). Visit our product page for more information. We look forward to your inquiry. 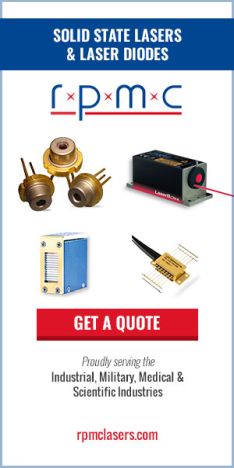