Parabolic mirrors (or parabolic reflectors) are mirrors where a cross section through the optical surface has the shape of a parabola. Typically, the three-dimensional form is that of a paraboloid (i.e., rotationally symmetric), but there are also parabolic mirrors which are curved in only one direction and therefore focus light only in that direction (similar to cylindrical lenses).

A special property of the parabolic shape is that incoming parallel rays are all reflected into the same focal point, as is shown in Figure 1. This would not work for a mirror with spherical shape, which would exhibit so-called spherical aberrations. Parabolic mirrors can be considered as aspheric optics, i.e., optics with a non-spherical shape. (Their radius of curvature gets longer outside the center.) They are also achromatic (like most other mirrors) because in contrast to lenses their operation principle does not involve refraction.

Although ray optics, neglecting the wave nature of light, cannot fully describe light propagation, it correctly suggests that parabolic mirrors are best suited for precisely focusing collimated beams – not only within the paraxial approximation (considering only beams close to the center). Similarly, parabolic reflectors are best suited for collimating tightly focused beams. With them, one can achieve substantial improvements of optical performance in the context of beams with high numerical aperture, i.e., involving extreme angles and high beam divergence.

For a centered parabolic mirror as shown in Figure 1, the focus is located on the axis of the incoming beam, which is not practical for many applications: one could not access the focus without disrupting the incoming beam. Therefore, one sometimes requires parabolic off-axis mirrors, where the focus point lies outside the incoming beam. This is illustrated in Figure 2, where the input rays have been restricted to the left side. Here, one may of course omit the right part of the mirror, i.e., make a smaller off-axis reflector from a larger parent mirror. The remaining shape is obviously not one which is parabolic around its center; it is more strongly curved around the bottom.

Aligning an off-axis parabolic mirror may be relatively difficult!

Due to the mentioned asymmetry, it is obviously important but more challenging to properly align an off-axis reflector to the incoming beam – particularly in cases where it is difficult to measure the precise intensity profile in the focus. It may be helpful to have a shape of the mirror substrate and/or the mirror holder which clearly identifies the direction of the optical axis – for example, with a flat base which is perpendicular to the required beam direction. If the input beam deviates from that direction, there will be distortions in the form of comatic aberrations.

Calculating the Performance of Parabolic Mirrors

As parabolic mirrors are often used in conjunction with highly divergent (or convergent) beams, their performance can often not be accurately calculated with simplified numerical computation methods, e.g. using the paraxial approximation. One should then use a full vector code, not representing light fields as scalar fields, but as full vector fields. One can then also check the possibly significant effect of the polarization of the light.

While some parabolic mirrors are broadband metal-coated first surface mirrors (e.g. with protected aluminum or gold coating), which often exhibit too high reflection losses for use as laser mirrors, others are made with dielectric coatings. Typically, these are highly reflecting (HR) coatings, which often need to be designed for a relatively large range of angles of incidence. The surface quality of such parabolic laser mirrors is often particularly high – substantially higher than e.g. mirrors for lighting applications.

Parabolic laser mirrors are not usually used inside lasers, but mostly outside for forming a tight beam focus.

Typically, one uses parabolic mirrors in situations where one either needs to tightly focus a collimated beam or to collimate a tightly focused beam, where the beam divergence is strong in the focus. For example, this can be necessary for high harmonic generation, laser material processing, supercontinuum generation without waveguides, where extreme optical intensities are required, and for fluorescence microscopy. Frequently, off-axis parabolic mirrors are required for such applications.

There are also cases where the beam divergence is small, but a mirror must be used far away from its center. For example, pump radiation in thin-disk lasers is often redirected with a parabolic mirror in conjunction with prism retroreflectors. Also, parabolic reflectors are often used in telescopes, laser scanner systems, spectrometers and lighting.

In most cases, however, spherical laser mirrors are fully sufficient for focusing laser beams, because the involved beam divergence is moderate.

Some parabolic mirrors are offered for use in extreme spectral regions, e.g. in the areas of infrared optics, ultraviolet optics or even optics for X-ray lasers.

Various applications need parabolic mirrors as custom optics, since in comparison to ordinary spherical mirrors there are more essential device parameters, making it difficult to obtain from-stock mirrors which are satisfactory for an application in all respects. Besides the properties of the reflecting surface, the geometric shape of the substrate can be important.

The RP Photonics Buyer's Guide contains 14 suppliers for parabolic mirrors. Among them: 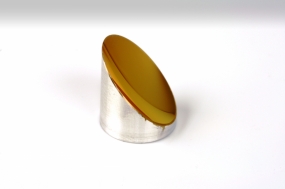 Available either from stock or as a custom-made optic and meeting the demands of a variety of applications working from the ultraviolet (UV) (200 to 400 nm) through to the infrared (IR) (1 to 40 μm) spectrum, our parabolic mirrors are available for customised production in a range of substrates and coatings. Whereas, our stock parabolic mirrors are manufactured in a metal substrate – such as aluminium – and coated in either enhanced aluminium, silver or gold. 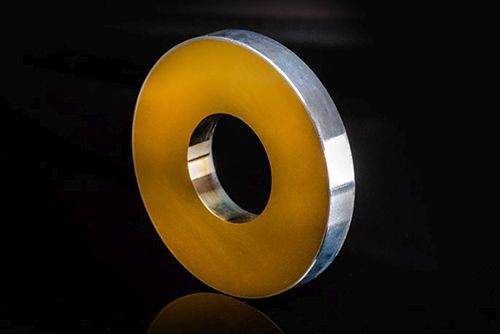 At Shanghai Optics, we design and manufacture custom and standard off-axis parabolic mirrors for companies and institutions around the world. Please contact us for a free quote! 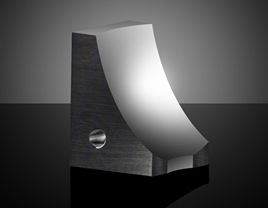 Edmund Optics offers various kinds of off-axis parabolic mirrors, where the mirror coatings can be made of aluminum, silver or gold. Mirrors with alignment holes are also available.

Recent Articles of the Photonics Spotlight:

Get it as an
e-mail newsletter!