Photodetectors are devices used for the detection of light – in most cases of optical powers. More specifically, photodetectors are usually understood as photon detectors, which in some way utilize the photo-excitation of electric carriers; thermal detectors are then not included by the term, and are also not treated in this article.

Photodetectors usually deliver an electronic output signal – for example, a voltage or electric current which is proportional to the incident optical power. They are thus belonging to the area of optoelectronics.

As the requirements for applications (see below) vary considerably, there are many types of photodetectors which may be appropriate in a particular case:

These devices are all based on the internal or external photoelectric effect; photoemissive detectors belong to the latter category.

Various kinds of photodetectors can be integrated into devices like power meters and optical power monitors. Others can be made in the form of large two-dimensional arrays, e.g. for imaging applications. They may be called focal plane arrays. For example, there are CCD and CMOS sensors which are used mainly in cameras.

Depending on the application, a photodetector has to fulfill various requirements:

Different detector types, as listed above, differ very much in many of these properties. In typical application scenarios, some requirements totally rule out the use of certain detector types, and quickly lead to a fairly limited choice. Note also that there are some typical trade-offs. For example, it is frequently difficult to combine a high detection bandwidth with a high sensitivity.

Photodetectors have a very wide range of applications. Some examples:

The RP Photonics Buyer's Guide contains 100 suppliers for photodetectors. Among them: 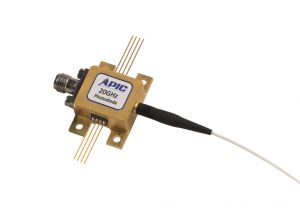 APIC analog receivers are fabricated using InP/InGaAs material platform and designed for highest responsivity, bandwidth, input optical power and maximum output current linearity. To achieve this, we use a proprietary epitaxial design and receiver configuration that allows independent optimization of the above parameters. The devices are optimized to work in RF over fiber links that require high dynamic range, low noise figure and high RF gain. The packaged components are soldered and laser welded, ensuring maximum physical reliability and performance stability with ambient temperature variation. We currently offer different configurations of receivers in the frequency range from DC to 40 GHz with a K-connector RF output. Some models include an internal 50 Ohm impedance which obviates the need for a bias T. APIC also offers a surface-mount 20-GHz PD with a 50 Ohm internal impedance. 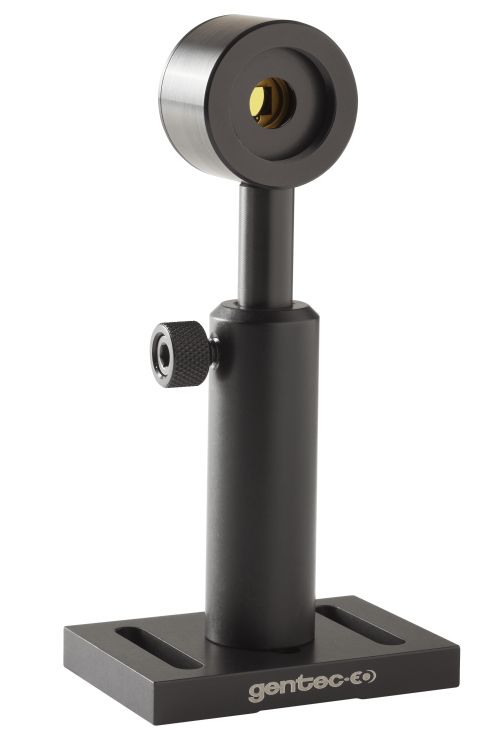 Gentec Electro-Optics offers a great range of power detectors based on silicon or germanium photodiodes for powers up to 750 mW.

Menlo Systems offers a series of photodetectors for lowest light level signals. From avalanche to PIN photodiodes, you can find the detector that is best for your specific application.