Ask RP Photonics for advice on different types of fibers and their use in fiber-optic devices.

Optical fibers always exhibit some degree of birefringence, even if they have a circularly symmetric design, because in practice there is always some amount of mechanical stress or other effect which breaks the symmetry. As a consequence, the polarization of light propagating in the fiber gradually changes in an uncontrolled (and wavelength-dependent) way, which also depends on any bending of the fiber and on its temperature.

The mentioned problem can be fixed by using a polarization-maintaining fiber, which is not a fiber without birefringence, but on the contrary a specialty fiber with a strong built-in birefringence (high-birefringence fiber or HIBI fiber, PM fiber). Provided that the polarization of light launched into the fiber is aligned with one of the birefringent axes, this polarization state will be preserved even if the fiber is bent. The physical principle behind this can be understood in terms of coherent mode coupling. The propagation constants of the two polarization modes are different due to the strong birefringence, so that the relative phase of such copropagating modes rapidly drifts away. Therefore, any disturbance along the fiber can effectively couple both modes only if it has a significant spatial Fourier component with a wavenumber which matches the difference of the propagation constants of the two polarization modes. If this difference is large enough, the usual disturbances in the fiber are too slowly varying to do effective mode coupling.

A commonly used method for introducing strong birefringence is to include two (not necessarily cylindrical) stress rods of a modified glass composition (with a different degree of thermal expansion) in the preform on opposite sides of the core (Figure 1). When a fiber is drawn from such a preform, the stress elements cause some mechanical stress with a well-defined orientation. Another variant of that approach is to have an elliptical cladding of different glass around the core.

In a photonic crystal fiber (PCF), very strong birefringence can be obtained with an asymmetric arrangement of air holes, but stress elements (which may be index-matched) can also be used [6]. In any case, the birefringent beat length can be so small (a few millimeters or even less) that additional stress effects can cause only a low level of mixing of the polarization states. The index contrast can be several times 10−3, whereas in all-glass PM fibers it is typically only a few times 10−4.

Polarization-maintaining fibers are applied in devices where the polarization state cannot be allowed to drift, e.g. as a result of temperature changes. Examples are fiber interferometers and certain fiber lasers. A disadvantage of using such fibers is that usually an exact alignment of the polarization direction is required, which makes production more cumbersome. Also, propagation losses are higher than for standard fiber, and not all kinds of fibers are easily obtained in polarization-preserving form.

The polarization extinction ratio of light coming out of a polarization-maintaining fiber may be lower than that at the fiber input. This can occur as a result of imperfect alignment of the polarization direction at the input, but also be due to some residual degree of mode mixing. The latter effect can be strongly increased by mechanical stress (e.g. in a fiber connector). For applications requiring a very high polarization extinction ratio (e.g. in interferometry), it can be necessary to use an additional high-quality polarizer after the fiber.

Polarization-maintaining fibers should not be confused with single-polarization fibers, which can guide only light with a certain linear polarization.

The RP Photonics Buyer's Guide contains 29 suppliers for polarization-maintaining fibers. Among them:

TOPTICA Photonics AG offers a wide range of optical fibers ideally suited for use with TOPTICAs lasers and FiberDock. These economically priced fibers cover a wide range of wavelengths. TOPTICA recommends to always purchase a fiber along with a laser and fiber coupler, as this ensures maximum fiber coupling efficiency. Also specialty fibers for power monitoring, beam splitting or combining are available with various ratios and also polarization maintaining. 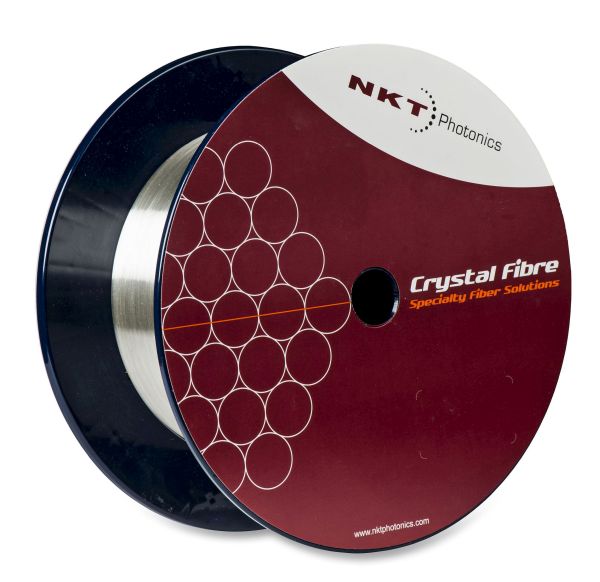