A polarizer is a kind of optical filter where the light transmission depends strongly on the polarization state. Normally, light with linear polarization in a certain direction is passed, and light polarized in an orthogonal direction is either absorbed or sent to a different direction.

An ideal polarizer would have the following properties:

In practice, polarizers are not ideal. In particular, they do not provide perfect extinction. Also, they absorb or reflect some part of the optical power, and the absorbed part may lead to thermal effects such as beam distortions. Even at low power levels, some degree of wavefront distortions occurs. The performance depends very much on the used type of polarizer (see below).

The use of a polarizer can have different purposes:

For low-power applications, Polaroid filters (polarizing sheets, sheet polarizers) are often used. These are also called dichroic. They consist of a special doped plastic sheet (a polymer materials), which has been stretched in one direction, such that the polymer chains are more or less aligned along one axis. Light a polarization direction along the chains is strongly absorbed, whereas the absorption is weak for light with a polarization direction perpendicular to these. The polymer sheet is usually mounted in some solid holder, which may have marks indicating the direction of polarization for maximum transmission.

Similar sheets are used for polarizing glasses (also called polarized glasses). In case of sunglasses, only vertically polarized light is transmitted. This reduces glare from water surfaces, for example, as horizontally polarized light experiences stronger reflection at such surfaces. In case of polarizing glasses for 3D viewing, one eye gets the vertical polarization and the other eye the horizontal one. In this way, a 3D display can transmit separate images for the eyes.

Polymer sheet polarizers can be made quite large, and usually they are quite cheap.

A more modern type of absorptive polarizer is based on silver or copper nanoparticles embedded in a thin glass plate. These glass polarizers are much more expensive and not available in very large sizes, but offer a substantial better performance in terms of polarization extinction ratio. Laminated versions are mechanically more robust and cause lower wavefront distortions.

Absorptive filters can handle only quite limited optical powers (have a low optical damage threshold), because the absorbed power is converted to heat, and the sheet can easily be damaged by overheating it. In case of simple polymer sheet polarizers, an optical intensity of only 1 W/cm2 may already be critical.

There are reflective polarizing films, which largely transmit light with a certain linear polarization direction while reflecting (not absorbing) most of the light. Such films are widely used for liquid crystal displays, which need polarized illumination. While at least half of the generated light would normally be lost at the entrance polarizer, that part can at least be partly “recycled” if it is reflected towards the light source and thereby at least partly converted into the right polarization direction.

Polarizing Beam Splitters Based on Birefringence

Much higher optical powers can be handled by polarizers where light with the “rejected” polarization state is not absorbed but only sent to some other direction. (If it needs to absorbed later on, a beam dump can stand much higher powers than an optical element.) The most common type of polarizing beam splitters exploit birefringence of a transparent crystalline material such as quartz (SiO2), calcite (CaCO3), yttrium vanadate (YVO4), beta barium borate (BBO) or magnesium fluoride (MgF2). Often, two pieces of such material with different orientations of the optical axis are cemented together (or joined with a small air space). The device is often mounted in a polymer housing, which may also contain a beam dump for light with the rejected polarization direction.

The reason for the use of many different designs of birefringent polarizer designs is that different applications can have quite different requirements on the polarizers, and no design can meet all requirements.

There are different kinds of thin-film polarizers. Thin-film plate polarizers (Figure 3) consist of a dielectric coating on some glass substrate. (Note that the substrate does not need to be birefringent.) For non-normal incidence (in a certain range of incidence angles), the reflectivity of the coating can be strongly polarization-dependent. It is possible to have the “rejected” beam at a deflection angle of 90°, which is often convenient. However, many thin-film plate polarizers are operated at Brewster's angle, so that no anti-reflection coating is required on one side.

There are polarizing cube beam splitters where the dielectric coating is applied to one 45° prism and another 45° prism is cemented to the coating, such that overall one obtains a cube.

Note that they can work only in a limited wavelength range, since the interference effects in the multilayer coating are of course wavelength-dependent. However, operation in a range of few hundred nanometers is possible.

An advantage of thin-film polarizers is that they can be made with rather large dimensions, which is more difficult with crystalline (birefringent) polarizers.

Wire grid polarizers are made by fabricating very narrow (sub-wavelength) metal stripes on a glass substrate (using a lithographic technique) or in a free-standing arrangement (for longer wavelengths). Such devices reflect s-polarized light, while p-polarized light is transmitted. They can be used at very high average power levels.

The performance of a polarizer is characterized by various specifications:

Note that a high performance of a polarizer is more difficult to achieve in extreme wavelength regions, in particular in the ultraviolet spectral region.

Selection of a polarizer for an application can be a relatively complex task, as many different aspects have to be taken into account. The different requirements for different applications are also the reason why so many polarizer designs are in use.

Polarizers have many different applications. Some examples:

The RP Photonics Buyer's Guide contains 116 suppliers for polarizers. Among them:

At Shanghai Optics we produce some of the highest quality dichroic polarizers. Our dichroic plate beamsplitters are manufactured with a special design and proprietary manufacturing approach, allowing us to attain steep edges and flat, high reflection and transmission bands.

The almost complete transmission and reflection provided by our dichroic polarizers means that very little stray light gets through the imaging system. This results in high contrast image and a very good signal to noise ratio, as compared to other polarizers.

Our dichroic polarizers feature a UV grade fused silica, JGS1, or JGS2 substrate, coated with a hard dielectric coating. These glass polarizers have a much higher damage threshold than their plastic counterparts, and are suitable for precision applications. Our coatings fully meet MIL-STD-810F and MIL-C-484971 requirements, and we have a variety of different options available. 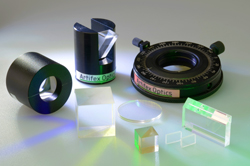 Artifex Engineering offers a wide range of polarizers including crystal polarizers (Glan-Taylor, Glan-Thompson, …), dielectric polarizers, dichroic polymer polarizer sheets and wire grid polarizers. In addition, we offer polarization rotators and depolarizers. As with all our products, we offer customization for our polarizers. Visit our product page for more detailed information for each polarizer. We look forward to your inquiry.

LASEROPTIK offers various types of polarizers, including thin-film (TFP) devices, cube polarizers (CP) and broadband polarizers (BBPOL). We can work in different wavelength ranges from the mid-IR (2.1 μm) to the UV (157 nm). 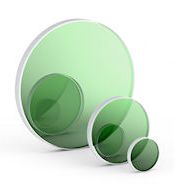 At Knight Optical, we stock a vast range of polarisers suitable for a variety of high-precision projects; with optics covering the <0.2 to >2 μm wavebands. For applications requiring customised optical solutions, we also provide custom-made polarisers for seamless integration with high-tech devices. Our polariser offering comprises sheet, circular, crystal and cube polarisers as well as Lyot depolarisers and polariser assemblies. 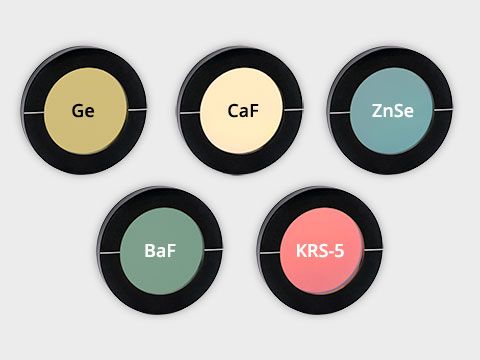