Single-mode fibers (also called monomode fibers) are optical fibers which are designed such that they support only a single propagation mode (LP01) per polarization direction for a given wavelength. Higher-order modes like LP11, LP20 etc. then do not exist – only cladding modes, which are not localized around the fiber core. Single-mode fibers usually have a relatively small core (with a diameter of only a few micrometers) and a small refractive index difference between core and cladding. The mode radius is typically a few microns. However, there are also large mode area fibers with a relatively large mode area.

A peculiar property of single-mode fibers is that the transverse intensity profile at the fiber output has a fixed shape, which is independent of the launch conditions and the spatial properties of the injected light, assuming that no cladding modes can carry substantial power to the fiber end. The launch conditions only influence the efficiency with which light can be coupled into the guided mode.

Intermodal dispersion can of course not occur in single-mode fibers. This is an important advantage for the application in optical fiber communications at high data rates (multiple Gbit/s), particularly for long distances. Essentially for that reason, and partly because of their tentatively lower propagation losses, single-mode fibers are exclusively used for long-haul data transmission, and nearly always for outdoor applications even over shorter distances. For short-distance indoor use, multimode fibers are more common, mostly because that allows the use of cheaper multimode data transmitters based on light-emitting diodes instead of laser diodes.

Conditions for Efficiently Launching Light into a Single-mode Fiber

Efficiently launching light into a single-mode fiber requires that the transverse complex amplitude profile of that light at the fiber's input end matches that of the guided mode. This implies

In practice, it is not always easy to align the optics for efficient launching into a single-mode fiber. One may even have difficulties finding the position of the often rather small fiber core to which the input beam must be focused. (For large mode area fibers, that task is simpler, but on the other hand the angular tolerances are tighter.) One usually does the alignment while watching the optical power throughput of the fiber with a photodetector at the output fiber end, assuming that only light launched into the fiber core can reach that detector (which may not be true when the fiber is rather short). It is helpful to have a high-quality fiber launch system for such purposes.

Generally, a long-term stable efficient launch of a free-space laser beam into a single-mode fiber requires well designed mechanical parts, which allow to precisely align and keep fixed the focusing lens and the fiber end while not exhibiting excessive thermal drifts.

The launch efficiency under non-ideal conditions, namely with a wrong laser beam size or wrong angular alignment, can be calculated with equations as given in the article on fiber joints.

For step-index fibers, the condition for single-mode guidance can be formulated using the V number (normalized frequency), which can be calculated from the wavelength, the core radius, and the numerical aperture (NA): the V number must be below ≈ 2.405 [2]. This requires that the core radius is small, particularly for fibers with high NA.

Typically, a fiber has single-mode characteristics only over a limited wavelength range with a width of a few hundred nanometers. The limit towards smaller wavelengths is given by the single-mode cut-off wavelength, beyond which the fiber supports multiple modes. This transition is very sharp and can easily be seen e.g. when tuning the launched wavelength around the cut-off wavelength: the shape of the transmitted beam varies rapidly in the multimode regime but remains constant in the single-mode regime. The long-wavelength limit of the useful single-mode region is usually given by excessive bend losses, by absorption of the material or (for certain fiber designs, e.g. with index-depressed cladding) by leakage into the cladding.

Figure 4 shows how light evolves when it is launched into the left end of a single-mode fiber with a slightly misaligned laser beam. Initially, some of the light gets into cladding modes, which however are attenuated substantially. After some length, mostly light in the guided mode remains.

For a shorter wavelength (Figure 5]), the fiber gets into the slightly multimode regime: in addition to the LP01 mode, there are now two LP11 modes. Here, one obtains a periodic oscillation of the field profile due to mode interference.

For a still shorter wavelength of 0.5 μm (see Figure 6), the propagation gets more complicated, since the fiber supports more modes.

Note that mode interferences can be affected by any effects acting on the propagation constants of the modes. For example, even slight bending would affect the phase relationship of the modes. Also, the beam profiles are strongly wavelength-dependent. All these effects are not observed in single-mode fibers.

The International Telecommunications Union (ITU) has developed a number of standards for various types of fibers as used for optical fiber communications. Some of the most important of those standards concerning single-mode fibers are given in Table 1.

For some applications, single-mode fibers with relatively large core diameters of tens of micrometers (→ large mode area fibers) are required. This can be achieved in different ways, e.g. by making a large core with a small index difference (small numerical aperture), or with a photonic crystal fiber. In general, single-mode fibers with large mode areas tend to be more sensitive to bend losses, compared with multimode fibers, because the guiding is relatively weak.

Single-mode guidance is important for many applications. Examples are:

The RP Photonics Buyer's Guide contains 39 suppliers for single-mode fibers. Among them: 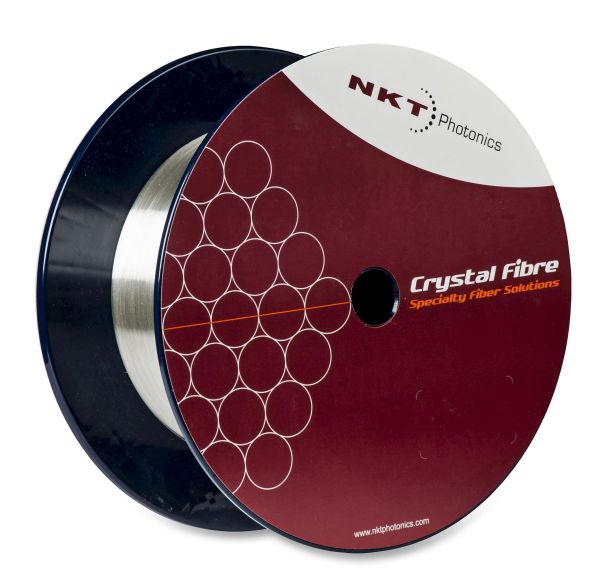