Generally, an optical spectrometer is an instrument which can be used for investigating wavelength-dependent properties of light, substances or objects; the term is rather broad:

Also many kinds of spectrometers outside the area off optics and photonics – for example, devices for measuring particle velocity or particle size distributions. This article, however, focuses entirely on spectrometers for spectrally analyzing light; see the article on spectrophotometers when the analysis of substances or objects is of interest.

Measurements with spectrometers typically deliver the optical power spectral density (PSD) as a function of the wavelength or optical frequency. Not all spectrometers deliver calibrated PSDs; often, the intensity readings are uncalibrated, possibly with a substantial wavelength dependence of the (unknown) calibration factor (responsivity).

There are also methods of spectral phase interferometry, which can measure not only the power spectral density but also the spectral phase.

If only the spectral linewidth of a laser beam needs to be measured, but not the detailed spectral shape, one can use other methods, e.g. perform a self-heterodyne linewidth measurement. With such methods, one can measure very small linewidths which are far below the typical resolution of a spectrometer.

Spectrometers Based on Diffraction Gratings or Prisms

Many spectrometers exploit the wavelength-dependent diffraction on one or several diffraction gratings, or the wavelength-dependent refraction at one or several prisms. Typically, an incident beam is collimated (made parallel) before being sent to a grating or prism. After that dispersive element, different wavelength components propagate in slightly different directions. The light may then go through some additional optics and finally get to a photodetector.

For obtaining a spectrograph (a non-scanning spectrometer), the photodetector may be a photodiode array, CCD array or similar, recording intensities over some spatial range, which correspond to a certain spectral interval. One does directly obtain a spectrum by mapping the detector pixels to wavelengths. The data acquisition is then relatively fast, because all wavelength components can be measured simultaneously. The resolution is then typically limited by the density of detector pixels, or possibly by the optical setup. Spectral peak positions may be determined with an accuracy better than according to the pixel spacing by using interpolation.

In a scanning spectrometer, the detector can be a single photodiode or a photomultiplier, placed after a narrow optical slit, so that only one narrow interval of wavelengths can get to the detector at one time. The slit position or the angular orientation of the grating or prism may then be moved such that a certain wavelength range can be scanned, assuming that the PSD of the input remains constant during that time. The setup then functions as a tunable monochromator. Figure 1 shows the common design of the Czerny–Turner monochromator. The acquisition time for a full spectrum can be long if a wide spectral range is scanned with high resolution and if the detector cannot be very fast, e.g. because the low optical power enforces a substantial average time. Long acquisition times may not only be inconvenient, but a real problem if the properties of the light source are not constant.

Some grating spectrometers are extremely compact, with a width of only a few centimeters. However, the highest performance – in particular in terms of resolution and sensitivity – is obtained with much larger instruments. Typical wavelength resolutions reached with such spectrometers are about 0.01 nm to 0.1 nm.

Depending on the type of spectrometer used (e.g. a grating spectrometer), various details have to be observed:

A high spectral resolution, but only in a very limited spectral range, is obtained with various types of interferometric spectrometers:

A totally different principle of operation can be realized for the spectral analysis of broadband ultrashort pulses. One may simply send such pulses through a long fiber, which introduces substantial chromatic dispersion. The latter then results in substantially different arrival times of different spectral components after the fiber: a pulse with an original pulse duration of far below 100 fs may then be spread over several nanoseconds, for example. By analyzing that light with a fast photodiode and oscilloscope, for example, one can obtain information on the spectrum. Of course, one should make sure that optical nonlinearities are not invalidating the results; in fibers, this strongly limits the allowable peak power.

A very attractive property of that method is the high speed with which a spectrum can be recorded. A single ultrashort pulse is sufficient for that purpose, whereas a conventional scanning spectrometer, for example, may require many seconds for that and would average the spectrum over many pulses of a pulse train.

Traditional spectrometers work in the visible spectral range, with infrared or possibly with ultraviolet light. However, there are also spectrometers for operation in extreme spectral regions such as the extreme ultraviolet (EUV) or even the X-ray region, with wavelengths of only a few nanometers. Such devices may be based on diffraction gratings with very small line spacings, or in the X-ray region even on single crystals, exploiting the periodicity on the atomic scale. As photodetectors, one may use special X-ray CCD cameras or multichannel plate (MCP) detectors (→ photomultipliers).

Because spectrometers find applications in a wide range of fields. Some examples:

See also the article on spectroscopy for more applications.

The RP Photonics Buyer's Guide contains 104 suppliers for spectrometers. Among them: 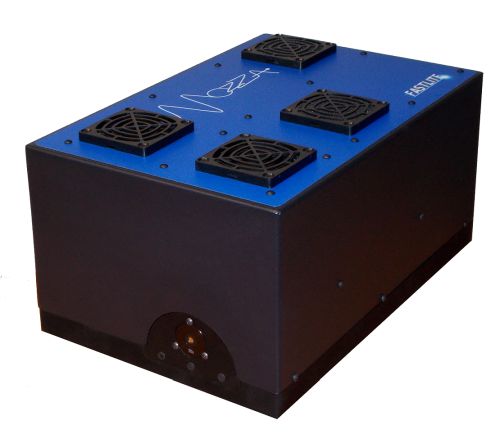 The Mozza products are ideal for spectral characterization of IR pulsed laser sources with repetition rates from few Hz to multi-kHz. Without any moving part, Mozza unique design allows high speed scanning, synchronized with the laser. As a result, real time spectrum display is possible even with kHz-rate light sources.

The IRis-F1 is the first turn-key quantum cascade laser frequency comb spectrometer – a technology offering a combination of broad spectral coverage, high measurement speed, and high brightness. The IRis-F1 can achieve spectral and temporal resolution in a single shot, avoiding the massive experiment repetition required for step-scan techniques. The dual-comb light sources of the IRis-F1 are packed into laser modules, which are user exchangeable without tools and with minimum realignment.

The capabilities of the femtosecond spectroscopy system HARPIA are:

All-inclusive HARPIA system can provide an extensive comprehension of the intricate photophysical and photochemical properties of the investigated samples.

Switching between different experimental realizations is fully automated and requires very little user interference. The optical layout of HARPIA system is refined to offer both an incredibly small footprint and an easy and intuitive user experience. HARPIA is easily customizable and can be tailored for specific measurement needs.

LightMachinery's spectrometers are setting the new standard for range, resolution, cost and size. The HyperFine spectrometer is designed for LIBS or simultaneous Brillouin and Raman spectroscopy. With 1 pm resolution in a small package size it offers an affordable approach to advanced spectroscopic applications. The Hornet spectrometer is a smaller version with about 25-pm resolution anywhere in the UV, visible and NIR wavelength ranges. The Hornet is ideal for characterizing light sources such as laser spectra in real time. 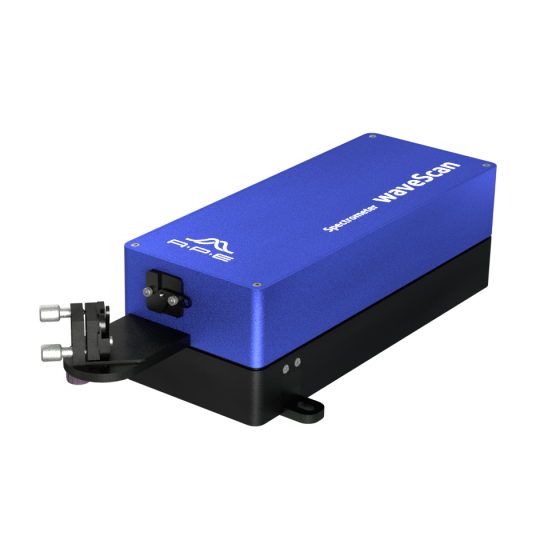 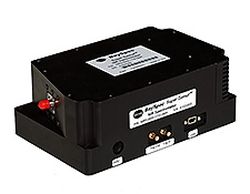