Terahertz radiation is typically understood to be electromagnetic radiation in the frequency range from roughly 0.1 THz to 10 THz, corresponding to wavelengths from 3 mm down to 30 μm. These frequencies are hard to detect with conventional means of electronics, which can access only the lower end of the terahertz region. Therefore, various other techniques for terahertz detection have been developed. Some of them involve the use of photonics.

For applications of terahertz detectors, for example in terahertz spectroscopy, communications and imaging, see the article on terahertz radiation.

For detecting whole terahertz waveforms, one needs to do repeated measurements with a variable time delay between the terahertz pulse and the laser pulse on the photoconductive detector. Typically, one uses a single ultrafast laser for generating and detecting the terahertz radiation, and a variable optical delay line for varying the time delay. One can call this coherent detection, since one obtains phase information and not only intensities.

By applying a Fourier transform to the obtained voltage (terahertz field strength) versus time, one can obtain the terahertz spectrum. (The method may be regarded as a special form of Fourier transform spectroscopy.) In time-domain spectroscopy, one compares such spectra for example with and without some terahertz-absorbing material between sender and receiver in order to obtain the terahertz absorption spectrum. This often contains features which are characteristic for certain substances.

A terahertz wave and an optical field can interact with each other when meeting in a nonlinear crystal material. One can exploit sum or difference frequency generation and detect the resulting optical product wave. Alternatively, one may interferometrically detect changes of optical phase cause by terahertz radiation.

Bolometers can be used to detect various forms of radiation based on the heat generated upon absorption (→ thermal detectors). This principle can also be applied to terahertz waves. For example, indium antimonide (InSb) bolometers can be used. Typically, one will measure energies of terahertz pulses, not obtaining information on wavelengths, phases etc.; it is a form of incoherent detection.

The RP Photonics Buyer's Guide contains 21 suppliers for terahertz detectors. Among them: 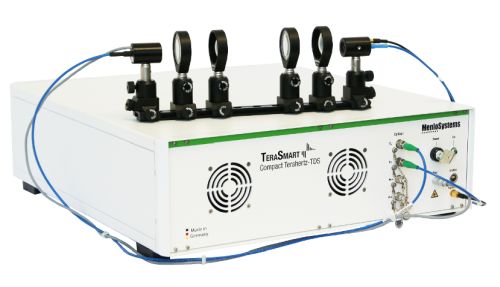 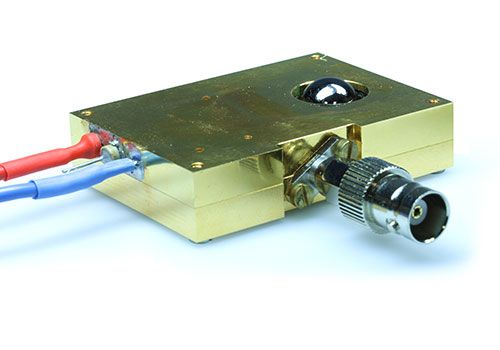 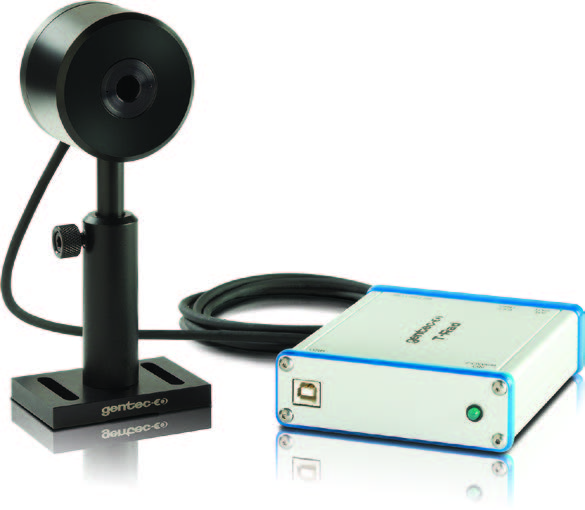 Gentec Electro-Optics has a range of pyroelectric-based terahertz measurement heads and terahertz powermeters as well as suitable displays and PC interfaces. Whether you prefer to get your measurement on a large touch screen color LCD display or on your computer through USB/RS-232 connectivity, we have it all covered.