The RP Coating software can be used to design thin-film polarizers; see a demo case.

Thin-film polarizers are a kind of optical polarizers based on interference effects in a multilayer dielectric coating. That coating is usually placed on a glass plate. (A birefringent optical material as in various other types of polarizers is not needed.) A strongly polarization-dependent reflectivity is achieved for some range of incidence angles. (Basically always, s-polarized light is reflected and p-polarized light transmitted.) It is often convenient to design a thin-film polarizer such that it can be operated with an incidence angle of 45°, such that the reflected beam is obtained with an angular change of 90°.

There are different kinds of thin-film polarizers concerning optical fabrication technology and various properties which are of practical interest:

In other polarizing cube designs than the MacNeille design, one does not fulfill the Brewster angle condition but uses interference effects to suppress reflection for p polarization. Such interference polarizers typically operate well only in narrow wavelength ranges but give more flexibility concerning the used materials.

The cemented interface of a polarizing cube leads to a lower optical damage threshold of the order of 1 J/cm2 for nanosecond laser pulses. Optically contacted epoxy-free polarizing cubes, not requiring a cement, can stand several times higher fluences.

Since the interference effects in the multilayer coating are wavelength-dependent, a thin-film polarizer can work only in a limited wavelength range and angular range. However, operation in a range of tens or even a few hundred nanometers is possible by proper optimization of the thin film design. Such broadband polarizers, however, do not achieve the very high performance of narrowband polarizers (laser line polarizers), which are optimized for a narrow wavelength range. Figure 3 shows an example with a moderate operation bandwidth of 50 nm.

For the optimization of the coatings for thin-film polarizers, similar numerical techniques can be used as for designing broadband beam splitters or dichroic mirrors, for example.

An advantage of thin-film polarizers is that they can be made with rather large dimensions, which is more difficult with crystalline (birefringent) polarizers. It is thus possible to operate such high-power or high-energy devices with laser pulses at very high peak power levels.

The RP Photonics Buyer's Guide contains 34 suppliers for thin-film polarizers. Among them:

Wide selection of BK7 and UV FS thin film laser polarizers for quick delivery. Thin film polarizers feature high laser damage threshold and are designed for the most demanding applications with Nd host lasers operating in the 1040–1070 nm range and with femtosecond Ti:sapphire or Yb:KGW/KYW lasers.

LASEROPTIK offers various types of polarizers, including thin-film (TFP) devices, cube polarizers (CP) and broadband polarizers (BBPOL). We can work in different wavelength ranges from the mid-IR (2.1 μm) to the UV (157 nm). 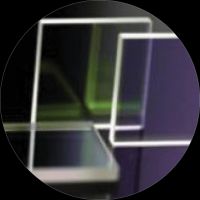 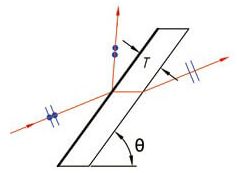 Artifex Engineering offers custom dielectric thin-film polarizers with a high damage threshold. Our thin film polarizers are commonly used for Q-Switching and other high power applications. These components are dielectric coated glass substrates designed for use at the Brewster angle. Visit our product page for more information. We look forward to your inquiry.

See also: polarizers, dielectric coatings
and other articles in the category general optics