Ask RP Photonics for advice on any kind of ultrafast amplifier. Dr. Paschotta has very extensive experience with the generation and amplification of picosecond and femtosecond pulses, and has software tools for simulating many aspects of such processes.

Ultrafast amplifiers are optical amplifiers which are applied to ultrashort pulses. Some of these devices are used for amplifying high repetition rate pulse trains, leading to a high average power whereas the pulse energy remains moderate. In other cases, a much higher gain is applied to pulses at lower repetition rates, leading to high pulse energies and correspondingly huge peak powers. Enormously high optical intensities, sometimes above 1016 W/cm2, are achieved by focusing such intense pulses tightly on some target.

The following kind of pulse generation devices may be involved:

Some examples for typical pulse energies and peak powers:

Beyond the general technical issues of optical amplifiers, ultrafast devices meet a number of additional challenges:

In many types of laser amplifiers, back-reflected light could also be strongly amplified!
ASE suppression in high-gain amplifier systems often requires multiple measures.
Broadband amplification is essential for keeping the pulses short.
Optical nonlinearities are often a major challenge and limit the achievable performance of ultrafast amplifiers.
Efficient energy extraction without reaching the optical damage threshold?
The energy storage in laser amplifiers is a crucial feature for ultrafast amplifiers.

Ultrafast laser amplifiers are usually continuously pumped, except for very low pulse repetition rates below the inverse upper-state lifetime. In any case, the required pump power is far lower than the output peak power. This is essentially because one can exploit the energy storage in the laser gain medium.

For optical parametric amplifiers, not offering energy storage, the pump pulse duration is often similar to the duration of the amplified pulses. In some cases, however, the pump pulses can be significantly longer, because one can exploit the group velocity mismatch in the nonlinear crystal.

The performance figures of commercial ultrafast amplifier systems often greatly lag behind the best performance values achieved in scientific experiments. In many cases, a main reason is that experimental systems rely on techniques or components which cannot be used in commercial devices due to a lack of stability and robustness. For example, complex fiber-based systems have been demonstrated which contain multiple transitions between fibers and free-space optics. All-fiber amplifier systems can be made, but these do not reach the performance levels of systems containing bulk-optical elements. In other cases, optical components are operated close to their damage threshold; for commercial devices, a larger safety margin is required. Another problem can be the use of very special parts, which are difficult to procure.

Industrial applications are often made difficult by the complexity and cost of ultrafast amplifier systems, sometimes also by a lack of robustness. Further technological progress may improve the situation.

The RP Photonics Buyer's Guide contains 27 suppliers for ultrafast amplifiers. Among them: 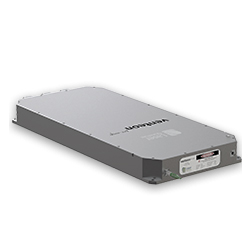 Laser Quantum provides comprehensive solutions for the emerging market of OPCPA technology – the most direct approach for high-power, few-cycle femtosecond laser amplification, in addition to preamplifier modules for laser systems.

AVUS is the very latest Optical Parametric Amplifier (OPA) providing widely tunable high-energy pulses. It is ideal for use with 1-μm femtosecond lasers and opens doors for up to 50 W pump power. The user-friendly and maintenance-free unit is air-cooled and constructed with a monolithic case design for long-term thermal stability, even at maximum pump power. Versions with pulse durations <200 fs or alternatively <70 fs are available. 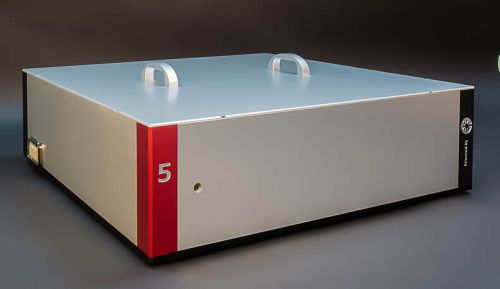 WHITE DWARF OPCPA powered by Coherent up to 5 W:

- pulse durations down to 9 fs

SUPERNOVA OPCPA up to 100 W – our flagship product:

Field penetration into a rugate filter.