Ultraviolet light behaves in many ways just as visible light, and it can thus in principle be used with the same times of optical elements as visible or near-infrared light: focusing and imaging lenses, mirrors, optical windows, beam splitters, prisms, polarizers, waveplates, optical filters etc. UV mirrors and lenses are also available in aspheric versions, and anti-reflection coatings are available. However, there are certain special aspects to be observed for applications in the UV region:

The bandgap energy is what limits the transparency of a material for UV light.
Scattering effects are very strong in the UV! Particularly high surface qualities are needed to minimize them.
Damage and degradation problems are quite common for ultraviolet laser devices.

UV optics are often made from highly purified calcium fluoride (CaF2), which has a very low UV absorption, high homogeneity, low birefringence, relatively high hardness (compared with other fluoride materials), high physical stability, and high optical damage threshold. It can be used down to ≈ 160 nm and is thus suitable for use, e.g., with argon fluoride (ArF) excimer lasers. However, it is brittle, naturally anisotropic, and hygroscopic. Similar properties are obtained for other purified fluorides such as magnesium fluoride (MgF2) and lithium fluoride (LiF). In addition to good UV transparency, such fluorides also offer good infrared properties up to wavelengths of 5 μm and beyond.

Another possible material choice is artificial diamond, which is transparent down to ≈ 230 nm and very robust, but expensive.

For nonlinear frequency conversion, one often uses borate crystals such as LBO and BBO, which exhibit relatively good UV transparency and high resistance.

Some optical fibers can be used in the near-ultraviolet spectral region, although with relatively high propagation losses. Fiber delivery of ultraviolet light is usually not feasible for shorter wavelengths and/or high optical powers.

In laser technology, a few ultraviolet wavelengths are particularly common:

Therefore, certain optical elements like lenses and mirrors are specifically developed for such wavelengths and may then be sold as excimer optics, for example.

In the EUV region, basically all solid materials are relatively strongly absorbing, and even air causes strong attenuation below ≈ 200 nm, so that e.g. lithography with vacuum UV or EUV light below 100 nm has to be performed in vacuum. Bragg mirrors can still be made for the EUV region, e.g. with molybdenum/silicon (Mo/Si) structures, which allow, e.g., ≈ 70% reflectivity at 12 nm wavelength to be reached. Due to this limited reflectivity, EUV optics have to be designed with the smallest possible number of reflecting surfaces.

The RP Photonics Buyer's Guide contains 60 suppliers for ultraviolet optics. Among them: 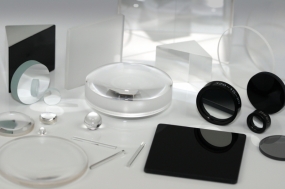 Here at Knight Optical, our wide-ranging portfolio of UV optics are employed for a vast range of applications. Choose from our array of stock – including beamsplitters, filters, lenses and mirrors – or take advantage of our optical expertise with custom-made UV optics – which include calcium fluoride components, UV ground glass diffusers, optical Flats, polarisers, windows and prisms. 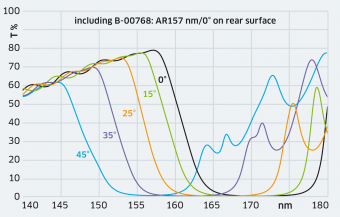 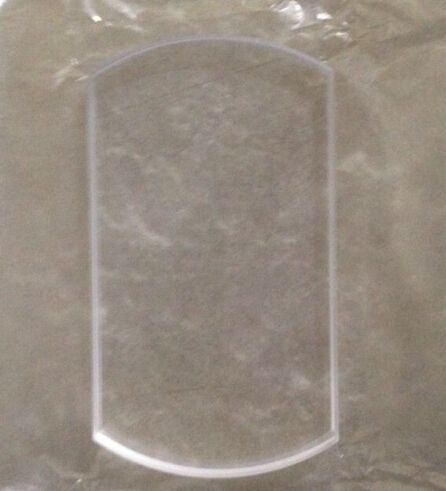 We have published a number of comprehensive articles where we explain how a wide range of tools for the marketing of photonics, optics and laser product works.

Marketing of Photonics and Laser Technology Products – an Overview

You will learn not only about the tools which we offer ourselves – the RP Photonics Buyer's Guide, special promotions and banners – but also about many others.