Prisms having only a small angle (e.g. a few degrees) between the input and output surfaces are called wedge prisms. They are typically used for slightly deflecting (steering) laser beams. For a small angle α between the prism surfaces, the obtained beam deflection angle is approximately (n − 1) α, where n is the refractive index of the prism. For a typical glass prism, where the refractive index is around 1.5, the deflection angle is about half the prism angle.

The input and output surface are usually anti-reflection coated for the intended operation wavelengths. Such prisms are available from stock for various common laser lines and alternatively with broadband coatings.

By combining two wedge prisms to a Risley prism pair, one can realize an adjustable amount of beam deflection, depending on the relative orientation of the prisms.

Precision prisms are available where the wedge angle is very precisely defined, e.g. with a tolerance in the arcseconds range.

Wedge prisms are often made with a circular cross section (so that they could strictly speaking not be called prisms!), suitable for insertion into a rotatable mount. Such a round prism may be placed on a rotating axis, resulting in a rotating beam direction.

Wedges may also be used for fine adjustment of the amount of material inserted into a beam, e.g. in order to adjust the obtained amount of chromatic dispersion for ultrashort pulses. If the wedge angle is sufficiently small, there is no substantially variation of path length within the beam diameter. Variable insertion also causes a slight transverse offset of the beam position.

Wedge prisms are usually not used as dispersive prisms, since the obtained angular dispersion is quite small.

The RP Photonics Buyer's Guide contains 15 suppliers for wedge prisms. Among them: 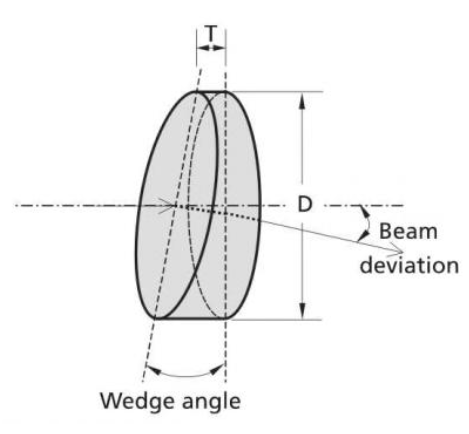 We offer standard and precision wedge prisms made from BK7 or UV-grade fused silica with a wide range of values of diameter, thickness and wedge angle. 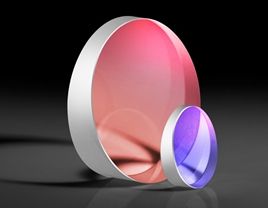 Edmund Optics offers a variety of specialty prisms to choose from, including wedge prisms. 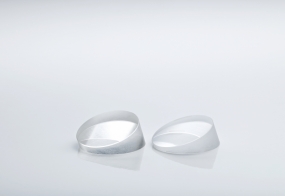 Offering ultimate control over beam steering, our wedge prisms are available in UV (which can be manufactured from calcium fluoride or UV-grade fused silica to work efficiently at 175 nm and transmit 85% at 185 nm), visible and near-infrared (NIR) substrates. Available as custom-made components, Knight Optical's wedge prisms can meet the needs of every project.

See also: prisms
and other articles in the category general optics