Lasers are used in a wide range of applications. Some of those applications are in various areas of science – for example, in fundamental research (physics, chemistry, biology) or in areas of applied research such as atmospheric monitoring with LIDAR and the development of novel laser applications.

Compared with other fields of application, for example laser material processing in industrial applications or missile defense in the military, various aspects are often special for scientific lasers. In particular, they often need to fulfill special specifications, are available only to a limited extent from commercial suppliers, and are often more delicate to operate.

Scientific lasers often need to meet very special specifications (“cutting-edge performance”), sometimes even going well beyond the state of the art of industrial lasers. Some examples:

Not all scientific lasers, however, are subject to extreme demands on their performance. In some cases, the requirements are similar to those for typical industrial applications. Nevertheless, there can be other adaptations to scientific use. For example, one may gain additional flexibility for variable experimental configurations in research by providing a more sophisticated user interface of a laser controller.

In some respects, the demands on scientific lasers can be substantially lower than for industrial lasers:

While fulfilling extreme specifications, scientific lasers may not reach the quality of industrial lasers in other respects!

Scientific users are often willing to accept limitations of the explained types in return for exceptional performance which would otherwise not be available, or only at a massively increased cost level. However, an industrial user acquiring such a laser system may find it not to work sufficiently well for industrial use. It is thus often important that suppliers and users develop a common understanding of what exactly can be expected from a scientific laser system and what limitations need to be tolerated.

Extreme specifications naturally lead to a limited availability of such lasers, particularly if at the same time the number of required devices is relatively small, so that special developments are hard to amortize. Nevertheless, various suppliers provide a range of scientific lasers or even fully specialize in that direction. While some frequently needed types of scientific lasers can be offered as standard products, others need to be fabricated in small numbers according to specifications provided by the customer. Obviously, the cost per laser unit will then be substantially higher than for standard products. Sometimes, a higher price is agreed for a small number of lasers, and a substantially lower price for further devices to be ordered later on.

Specifications for scientific lasers are not always easy to check with standard measurement equipment. A manufacturer may therefore either use particularly advanced characterization equipment or work in collaboration with a scientific customer for such purposes.

Scientific lasers are often produced by specialized manufacturers or in separate branches of large laser companies, because it can be difficult to appropriately address the scientific laser market.

For the manufacturers, activities in the area of scientific lasers differ from those in other areas not only with respect to specifications. They also generally need to adapt to special conditions concerning the fabrication volumes, service needs and the general culture in a scientific environment. That also affects the appropriate methods of laser marketing. For such reasons, scientific lasers are often produced either by specialized manufacturers or within a separate branch of a larger laser company, including a separate management, so that the scientific laser market can be appropriately addressed.

For very special requirements, a suitable laser system may not be available at all from a commercial supplier. It can then be necessary for the scientific personnel of the laboratory to develop an own system. That may be based on a commercially available model, which is suitably modified, possibly in collaboration with the manufacturer of the original device.

The RP Photonics Buyer's Guide contains 16 suppliers for scientific lasers. Among them: 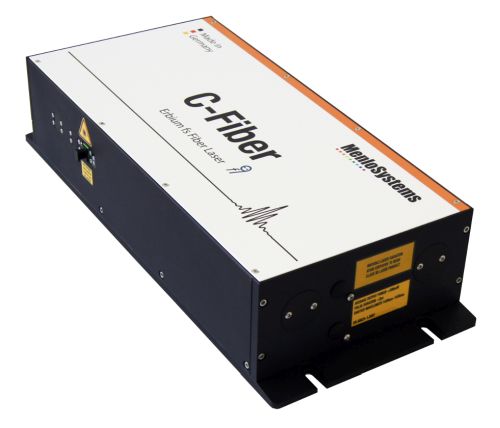 We offer erbium and ytterbium doped femtosecond fiber lasers with optional subsequent frequency conversion to cover a wide wavelength range for spectroscopic applications. Based on Menlo figure 9® patented mode locking technology, our lasers are unique in regard to user-friendliness and robustness. We offer solutions for laser stabilization, laser synchronization and ASOPS, and complete timing distribution systems.

Our ultrastable lasers with ultranarrow linewidth are available at nearly any wavelength to serve applications such as optical clocks interrogation. 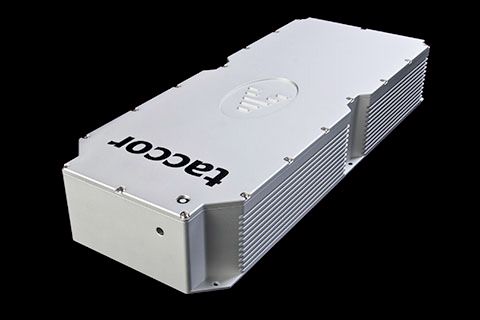 With the taccor laser family, Laser Quantum offers a range of femtosecond lasers with a repetition rate between 1 – 10 GHz. They are all turn-key products that combine the pump laser and oscillator in a compact mono-block design that greatly reduces the maintenance needs compared to other similar designs.

The venteon laser technology name is synonymous with the science of few cycle, broadband laser pulses. Used in many areas of physical, biological and chemical research e.g. two photon microscopy, CEP stabilisation applications and pump-probe spectroscopy, the venteon range is characterised by reliable performance with long lifetimes. The venteon family based around short pulse generation includes members that are designed to meet individual specification demands of the researcher. Optimised for Power, bandwidth, CEP or OPCPA seeding the venteon family has the right laser. 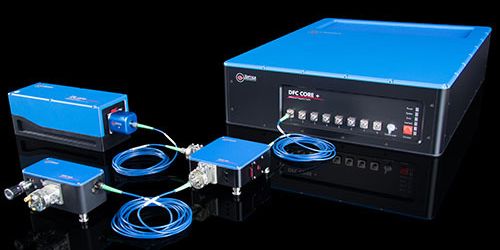 TOPTICA's products are widely and successfully used for scientific applications in fundamental quantum technology. In these fields quantum physics, quantum optics, atom optics, photonics, statistical physics and related fields are investigated in order to understand the basics of quantum technology. Whenever a laser is required – pulsed or cw, tunable or actively frequency stabilized – a frequency comb or even a complete solution combining many lasers and photonicals, TOPTICA is the ideal partner. 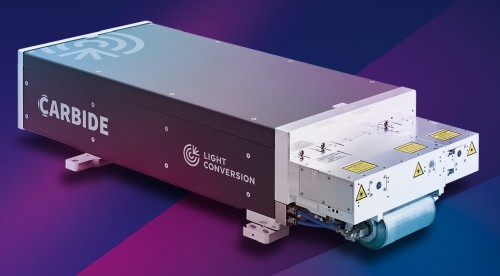 The CARBIDE femtosecond lasers feature an output power of >80 W at 1030 nm wavelength. The laser emits pure pulses with ASE background of <10⁻⁹ and recently updated maximum energy specifications without compromises to the beam quality, industrial grade reliability and beam stability regardless of environmental conditions. Continuously tunable repetition rate in a range of 60 kHz to 2 MHz is combined with an in-built Pulse Picker for output pulse timing and full-scale energy control with <10 microsecond response time, enabling arbitrary shaping of the emission. Pulse duration can be tuned in a range of 290 fs – 10 ps. Excellent power stability of <0.5% RMS is standard. The laser output can be split into a burst of several pulses of pico- and nano- separation while having the ability to modify the burst envelope. Harmonic generator options permit femtosecond applications at different wavelengths. The parameters are entirely software adjustable. 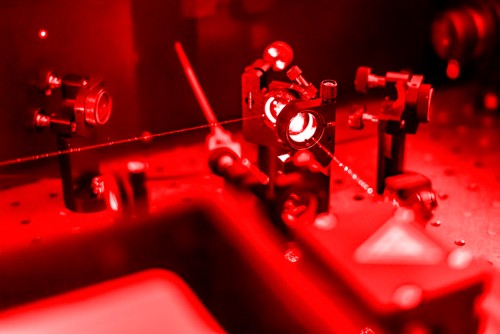 What kind of laser do you need for your research? A tunable supercontinuum laser for your materials and nano-photonics research or perhaps for bioimaging and microscopy? A single frequency laser for atomic, molecular & optical physics?

We have a wide range of advanced and reliable lasers for many different applications.